A Funny Thing Happened On The Way To The Forum 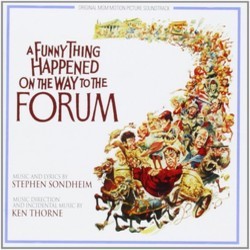 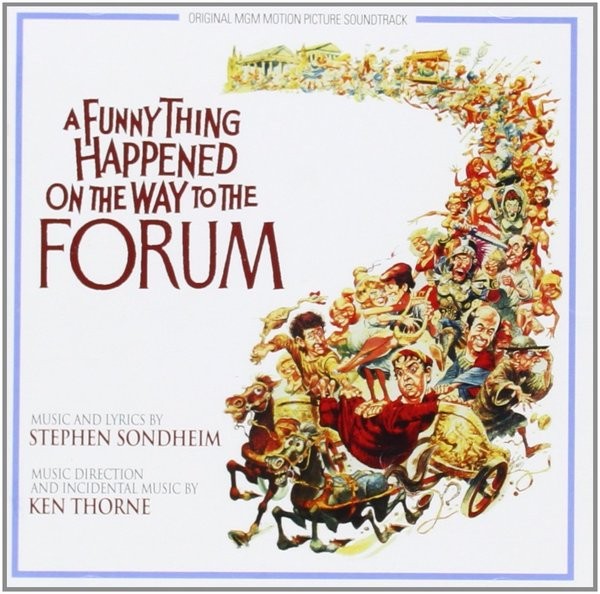 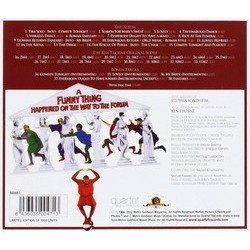 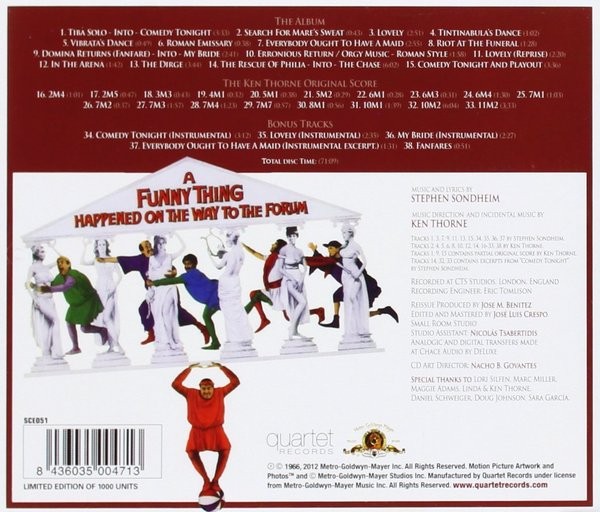 Quartet Records and MGM proudly presents an expanded release of the classic soundtrack by Stephen Sondheim and Ken Thorne, Oscar-winner for best music adaptation in 1966.

Directed by Richard Lester, A Funny Thing Happened on the Way to the Forum surrounded the principal star of the original Broadway production, Zero Mostel, with a diverse cast that included Phil Silvers, Jack Gilford, Buster Keaton and such Richard Lester regulars as Michael Hordern, Michael Crawford and Roy Kinnear. Lester’s adaptation was not entirely faithful to Sondheim’s successful musical; indeed, the director selected only five of Sondheim’s original 16 songs, which were included in the film more in the style of video clips (as in his two previous films with The Beatles) than in the manner of a traditional movie musical.

Although Richard Lester worked with many great composers during his career (John Barry, George Martin, Lalo Schifrin, Michel Legrand, Patrick Williams), his favorite was undoubtedly Ken Thorne, who was responsible for scoring ten of the director’s movies (Juggernaut, How I Won the War, Royal Flash, The Ritz, Superman II, etc.).

For Forum, Thorne adapted the five Sondheim songs (including the popular “Comedy Tonight”) in a fully personal orchestral style. He also composed the underscore, referencing some of Sondheim’s themes.

The previously released LP (United Artists Records, 1966) and its reissue (Rykodisc, 1998) included Sondheim’s songs and selections from Thorne’s incidental music. This Quartet Records album is the premiere release of Thorne’s complete underscore. The sound is much improved and newly remastered from the original stereo ˝” album masters from the MGM vaults, and a Ľ” tape with acceptable sound (also in stereo) from the private library of Mr. Thorne.