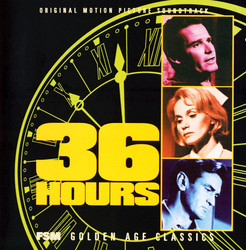 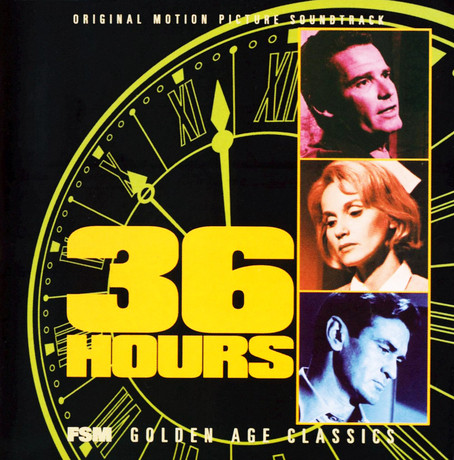 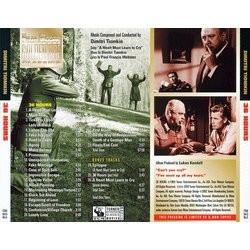 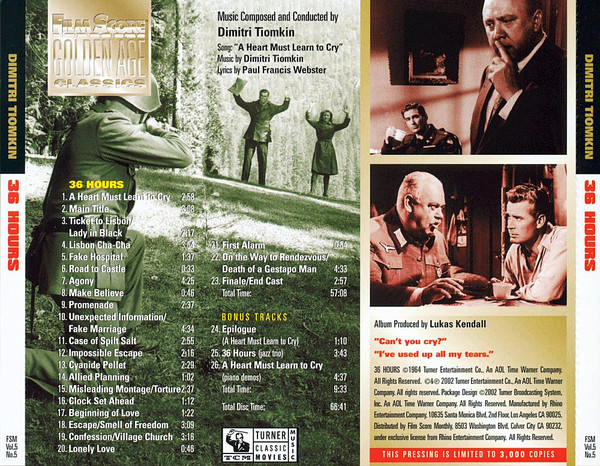 The legendary Dimitri Tiomkin joins the FSM Classics series with 36 Hours, a 1964 M-G-M war thriller starring James Garner as Jefferson Pike, an American army officer kidnapped by the enemy. Led by Rod Taylor, the Germans set up an elaborate ruse to convince Pike that the war has been over for six years and he is suffering from amnesiaall in an attempt to coax from him vital information. Eva Marie Saint co-stars as Anna Hebner, a concentration camp refugee forced to act as Pike's nurse who becomes his love interest.

Coming off of The Guns of Navarone, Tiomkin provided a taut, piano-dominated score with an accent on stealthflamboyant where necessary, but blending with the naturalistic style of filmmakers George Seaton and William Perlberg. The muscular main title is a highlight, with an up-and-down theme for pizzicato strings alternating with full orchestra, always embellished by piano. Inside the military hospital, Tiomkin's muted, atmospheric cues capture Pike's disoriented state of mind; outside, the rambunctious scoring adds a sense of scope to the film's black-and-white cinematography, as the brainwashing plot gives way to an escape-and-pursuit adventure. Throughout is a memorable, rhapsodic love theme, 'A Heart Must Learn to Cry.'

36 Hours was originally issued by Vee-Jay Records on LP at the time of the film's theatrical release. The LP was reissued in the late 1970s by Varèse Sarabande. FSM's complete-score premiere on CD is remixed and remastered in stereo from the original three-track masters, doubling the playing time of the LP and adding bonus tracks of the song's vocal version and piano acetate demos, as well as a jazz trio improvisation of the main title. As always, the illustrated booklet provides background on the film, composer and score, and detailed information on the placement of unused cues.