Chillerama presents : Tim Sullivan's I Was A Teenage Werebear 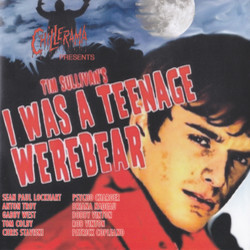 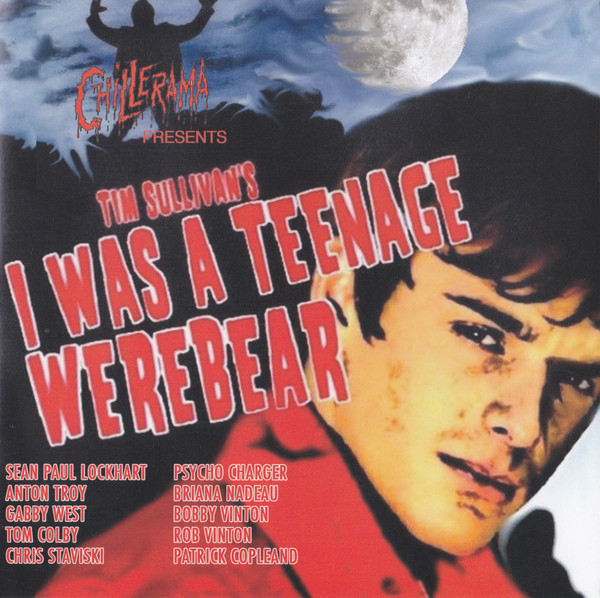 BUYSOUNDTRAX Records presents Tim Sullivans CHILLERAMA: I WAS A TEENAGE WEREBEAR, featuring songs and score performed by PsychoCharger, Briana Nadeau, Bobby Vinton, Robert Vinton, and cast members Sean Paul Lockhart, Gabby West and Anton Troy. The album will be available both as a special limited edition CD and as a digital download beginning February 14, 2012.
An homage to the drive-in movies of the 50s and 60s, CHILLERAMA is a comedy-horror anthology comprised of four vignettes from some of contemporary horrors biggest filmmakers, among them I WAS A TEENAGE WEREBEAR, from writer/director Tim Sullivan (2001 Maniacs, Driftwood). A funny, subversive spoof of the Eisenhower/Kennedy-era beach movies, I WAS A TEENAGE WEREBEAR follows a day in the life of closeted new kid Ricky O'Reilly (played by Sean Paul Lockhart, aka adult film superstar Brent Corrigan) who falls for Malibu High's mysterious bad boy Talon (Anton Troy). When aroused, the two transform into bestial leather daddies, the titular werebears. The film features five rock n roll musical numbers, along with five other songs written specifically for the soundtrack that spin the frothy boy/girl/beach format into a humorously bloody, albeit well-intentioned, call for acceptance and tolerance.
One of the pleasures of making I WAS A TEENAGE WEREBEAR, described Sullivan, was the independence it allowed me to simply be me. And that meant coming out of the closet as an admitted fan of movie musicals as well as movie monsters. So taking a page from ROCKY HORROR PICTURE SHOW and HAIRSPRAY, I channeled my inner AMERICAN GRAFFITI and GREASE and dashed out some ditties I hoped combined camp and cool.
In addition to the songs performed in the film by Lockhart, Troy and company, Sullivan tapped a variety of artists, including pop diva Briana Nadeau, whose Im Gonna Make Him Mine and Undercover Lover are a perfect blend of Duffy meets Dusty Springfield.
Two other songs featured in the film are courtesy of the Vintons, Bobby and son Rob. Truth be told, continued Sullivan, before I became obsessed with KISS at age 13, I was quite infatuated with Bobby Vinton, our family being Polish and my grandma playing his albums over and over. Never in a million years would I have dreamed that Mr. Lonely himself would be crooning a tune in one of my films. Robert Vinton appears both on the soundtrack and in the film, performing Sexy Ways.

Rounding out the soundtrack are Patrick Copelands score in suite form and a nice little bonus from shockabilly rockers Psycho Charger, who conjured up the hard rocking title track, Chillerama. A music video for Chillerama, starring the band and featuring clips from the film, was directed by Sullivan and will be released to coincide with the soundtrack.
Following the four month film festival tour of CHILLERAMA, the 30 minute 'hairy and uncut' version of I WAS A TEENAGE WEREBEAR left fans growling for more. As a result, Sullivan and his Chillerama co-creator and fellow director Adam Rifkin will be bringing a full-length musical stage version to LA in September of 2012, with stars Sean Paul Lockhart and Anton Troy set to reprise their roles.
I guess the moral of the story is- when you stay true, good things happen, said Sullivan. We all stayed true to our vision and theme, and the result is this fun little soundtrack of which we all are proud. These tunes are designed to stick in your brain forever- so proceed at your own risk. And never forgetwerebears need love too
BUYSOUNDTRAX Records presents CHILLERAMA: I WAS A TEENAGE WEREBEAR, available digitally from the usual outlets and as a limited edition compact release beginning February 14th, 2012.