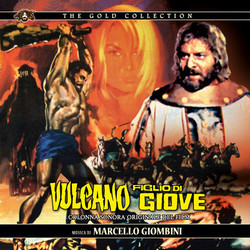 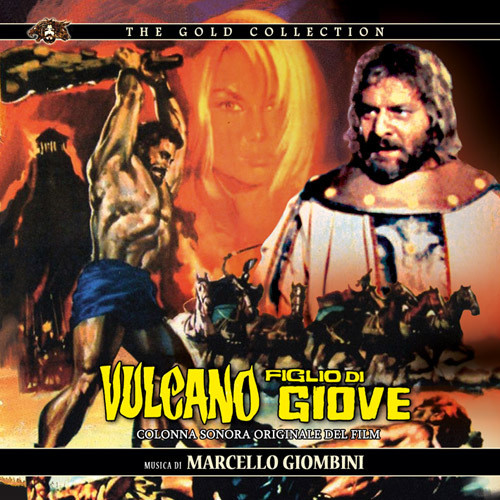 After defying Zeus, father of the gods, Venus and her lover Mars escape to Earth to run from Zeus' wrath. They take shelter at the camp of King Minos, with whom they plot to overthrow Zeus and take over Mount Olympus. The blacksmith god Vulcan (Rod Flash) chases them but Pluto; god of the underworld; (Gordon Mitchell), accomplice of Venus and Mars has Vulcan thrown down to earth, where he ends stranded on a beach. Rescued by the beautiful Etna, and accompanied by litle-big Geo, and the Etna and her people Vulcan oppose the evil plots of the defecting gods, deadly monsters and their mortal human allies.

This 1962 film written and directed by Emimmo Salvi is a hidden gem of the peplum genre and boasts a truly magnificent and epic score by Maestro Marcello Giombini. He is mainly known for his Spaghetti westerns, Ehi, amico cè Sabata hai chiuso (1969) and È tornato Sabata hai chiuso unaltra volta (1971), but he did write music for various other genres. The music we are hereby presenting on this compact disc , courtesy of the Sugar/CAM vaults is released for the first timein any format on Kronos Records, The Gold Collection. We have restored this work with much love and dedication and hope you enjoy it as much as we do.