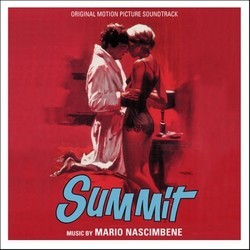 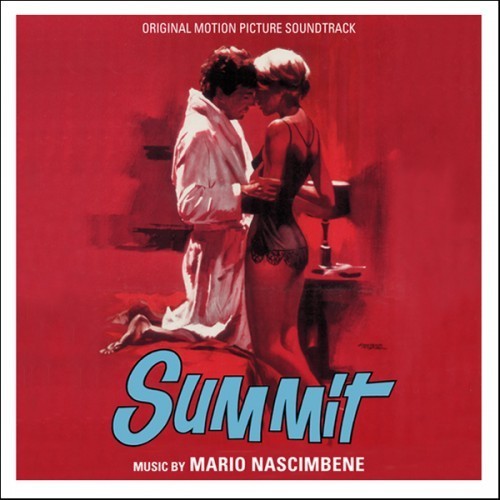 Quartet Records presents the premiere release of the tuneful score by Mario Nascimbene (La ragazza con la valigia, The Vikings, Solomon and Sheba, I Mongoli) for an obscure French/Italian co-production.
Written and directed by former journalist Giorgio Bontempi, Summit was a 1968 film starring Gian Maria Volonté and Mireille Darc as star-crossed lovers caught up in the spirit of 1968 revolutions. Although they are supposedly finished with each other, the exciting atmosphere and the exotic trans-continental trip ignites the old flame with erotically-charged consequences... The film wasnt particularly successful in its original release, but when both main actors became actual stars a few years later, Summit was re-released as One Body, One Night and was advertized as an erotic film.

The score by Mario Nascimbene is quite atypical of the composer who is best-known for his more experimental scores, Biblical and historical epics or his Hammer scores for caveman adventures. Summit is in fact a very tuneful, spy jazz flavored scores with two major recurring themes and a bilingual theme song performed by Jula De Palma. These songs were originally issued on 45 RPM single by Parade, but most fans got to hear them on the compilations like Women in Lounge or The Best of the Italian Film Music. Although these songs became quite well-known among collectors, Nascimbenes score hasnt been released  until now.

Quartet Records is proud to present the CD premiere of this score which contains the usual assortment of bonuses, including a very special extra: a demo recording of the alternate main theme with lyricist Duilio Del Prete performing a politically-charged theme song for the film. Mastered by Claudio Fuiano from the first generation stereo master tapes, the richly-illustrated, 12-page booklet features liner notes by Gergely Hubai, who discuss the film, the composer and the score alongside many beautiful stills.