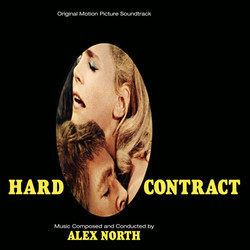 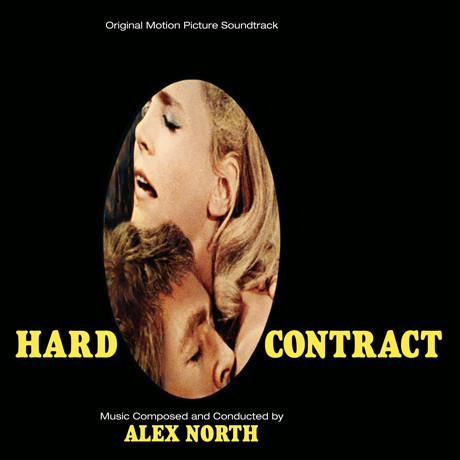 What a gem of a score this is! And another score most people probable don’t know. Most all of this one is in the film … but the film itself is quite the rarity!

Hard Contract is the only outing as feature director that television writer S. Lee Pogostin ever made. Pogostin, whose television credits as writer include Campbell Playhouse (1953), Studio One (1954), The Dick Powell Show (1962) and Bob Hope Presents The Chrysler Theater (1965), also wrote his own screenplay here. James Coburn plays John Cunningham, a top hit man who is enlisted for the “big one” – one last contract … a “hard contract,” which must be carried out within a month. Cunningham’s boss or handler is Ramsey Williams, played by the always-wonderful Burgess Meredith. He lays out the instructions that will send Cunningham to Spain and Brussels for two of three scheduled hits. The third will be revealed after the second is completed. Lee Remick plays the captivating American socialite Sheila Metcalf, whom Cunningham meets in Spain, and Lilli Palmer is her eccentric friend, Adrienne.

Unusual in its telling, but not unsuccessful, the film is provocative and indeed quite alluring. It draws us into this exotic world of intrigue and romance due, in no small part, to Jack Hildyard’s cinematography and Alex North’s utterly hypnotic score. Utterly brilliant! Utterly North!

The album features all surviving stereo mixes of the score along with the virtually complete score in mono, to help fill in the important missing cues from the stereo tapes.