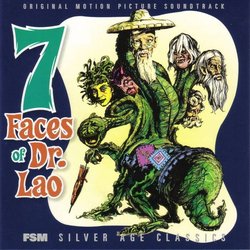 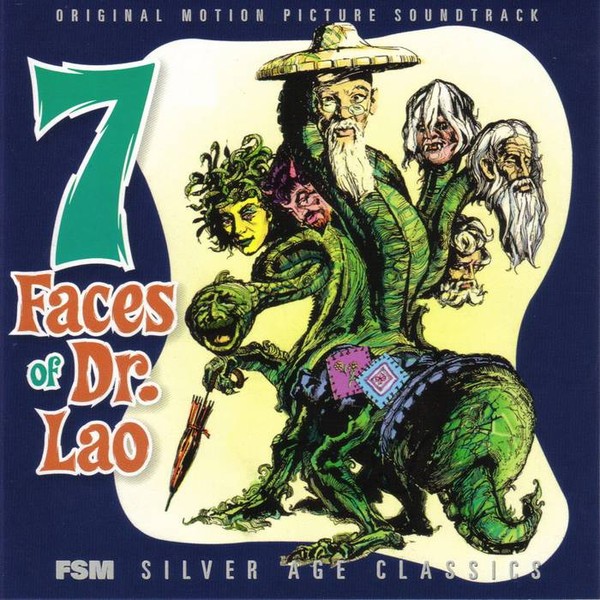 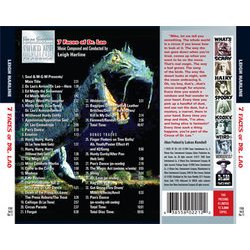 FSM continues its CDs of soundtracks to the films of George Pal (Atlantis: The Lost Continent/The Power, The Time Machine) with a beloved fantasy score: 7 Faces of Dr. Lao (1964) composed by Leigh Harline.

7 Faces of Dr. Lao starred Tony Randall in multiple roles as the Chinese proprietor (and most of the attractions) of a traveling carnival in the Old West. The circus visits a small town, Abalone, which is threatened by an unscrupulous land developer, and Dr. Lao and his bizarre characters help the citizens recover their belief in themselves in order to save their community. Based on a 1935 novel by Charles G. Finney, the film has obtained a cult reputation as an unusual and affecting family film with surprisingly adult elements.

Leigh Harline had a long and successful Hollywood career that started on Walt Disney animation and continued through numerous projects for various studios, including the western Broken Lance (FSMCD Vol. 4, No. 18). His last feature films were two M-G-M projects for George Pal: The Wonderful World of the Brothers Grimm (adapting songs by Bob Merrill) and 7 Faces of Dr. Lao.

Dr. Lao may have been Harline's finest work of all, a beguiling and tuneful concoction of 'East meets West' melodies and folk instrumentation. It is consistently melodic, featuring numerous character setpieces and sparkling, transparent orchestration. In addition to the main title tune (for Dr. Lao), there are fully developed pieces for the other characters of the circus, such as Merlin the Magician, the soothsayer Appolonius, and Pan, the God of Joy.

Excerpts from 7 Faces of Dr. Lao were previously released on a La-La Land compilation of George Pal soundtracks. FSM presents the premiere release of the complete score, newly remixed from the stereo masters, with bonus tracks of alternates, outtakes and music-related sound effects. Liner notes are by Jeff Bond, Ross Care (a Harline authority), and Lukas Kendall. A fantasy score for the ages, 7 Faces of Dr. Lao is an absolute delight.