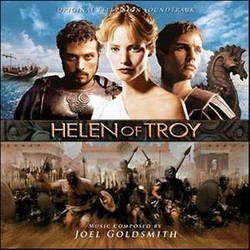 Long anticipated by fans of the composer, HELEN OF TROY was one of the biggest projects of Joel Goldsmiths career but did not receive an album release at the time. FreeClyde Records, to be distributed by BuySoundtrax Records, now presents the original television soundtrack to HELEN OF TROY on compact disc for the first time, featuring music composed by Joel Goldsmith for the epic mini-series, produced by the composer and mastered by James Nelson of Digital Outland. Orders placed through www.buysoundtrax.com will receive a special bonus disc prepared by the composer as a gift to his fans. HELEN OF TROY is a limited edition of 1000 units.