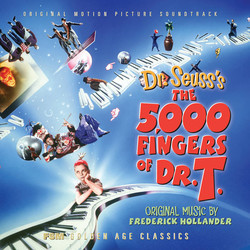 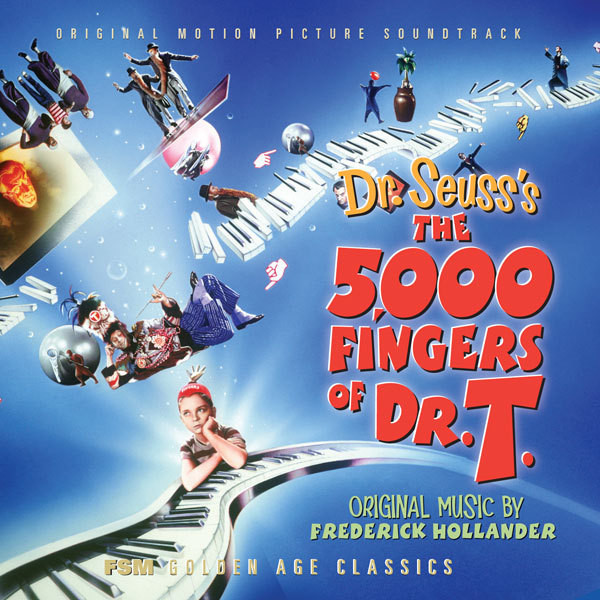 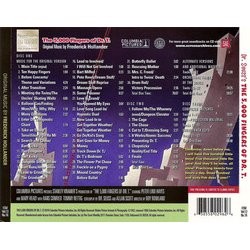 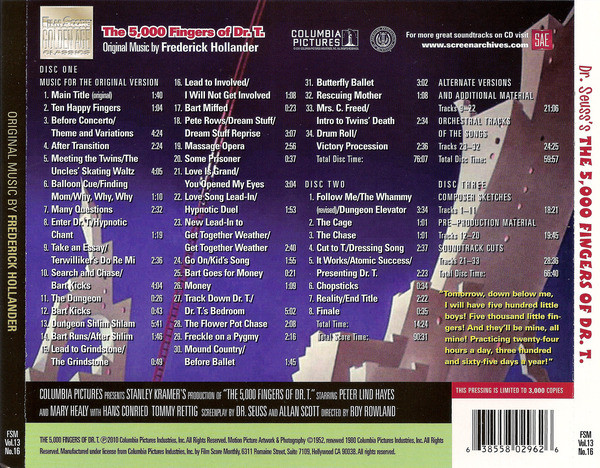 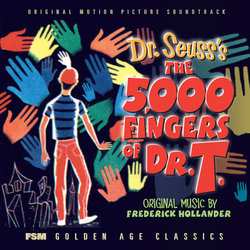 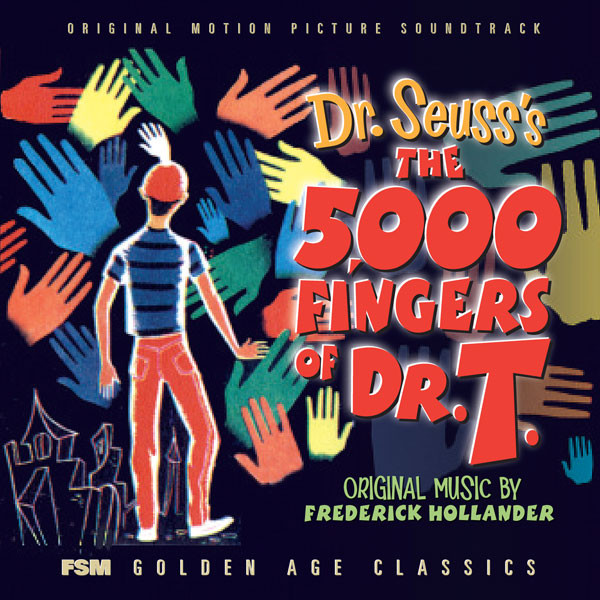 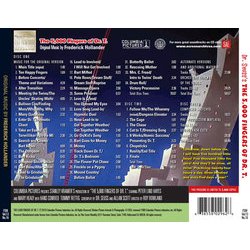 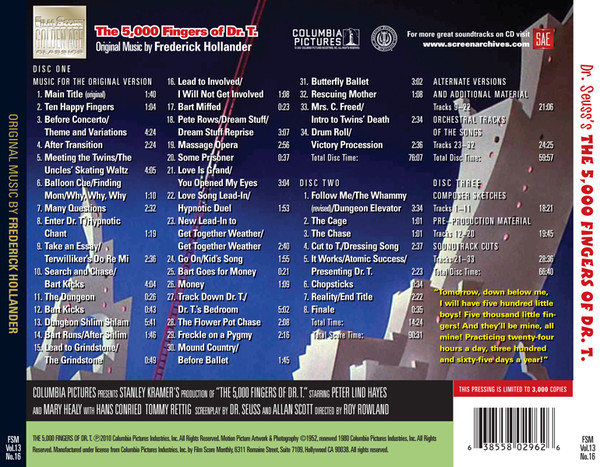 Long before the Grinch ever gave a thought to stealing Christmas, the fertile and inexhaustible imagination of Theodor Seuss Geisel (Dr. Seuss) conceived a different but equally memorable villain: Dr. Terwilliker. The autocratic and maniacal piano teacher known as Dr. T. holds 500 young boys captive in his castle-like Happy Finger Institute in order to present a concert featuring 5,000 fingers on a giant piano of his own invention. The 5,000 Fingers of Dr. T. (1953) is the only live-action film featuring an original story, script and lyrics by Dr. Seuss. It is a cult favorite, but its extensive musical score has never been available in any authorized (or complete) formuntil now.

The music for The 5,000 Fingers of Dr. T. was written by Frederick Hollander, whose Falling In Love Again from The Blue Angel is one of the most famous songs ever written for film. The 17 diverse songs Hollander composed for Dr. T. encompass lyric ballads, mock-operatic recitative, Gershwinesque swing and up-tempo Broadway; he also wrote two extensive ballet sequences for the film. Heinz Roemheld and Hans J. Salter added additional dramatic underscore, based on Hollanders themes.

The 5,000 Fingers of Dr. T. was heavily edited prior to release, with only 6 songs remaining in the picture. With this 3CD release, Film Score Monthly has lovingly recreated the authors complete original conception of the musica painstaking restoration effort that involved many years of scouring the globe for the best-sounding copies of rare acetate discs (the only surviving music masters from the production). All of Hollanders songs, both ballet sequences in their entirety and most of the underscore (including much that wasnt used in the final film) are presented on the first disc and the beginning of disc 2.
But that isnt allthe rest of disc 2 features alternate versions and additional material, including orchestra-only tracks of several of the songs (Karaoke Seuss, anyone?). Disc 3 comprises archival piano recordings played by Hollander himself, revealing some of his early ideas for the music; pre-production piano recordings made for rehearsal purposes; and all the major song and dance sequences exactly as they are heard in the finished film.

This labor of love, which rescues and regenerates a significant work that has never before been fully heard in any form, is a must-buy for children of all ages!