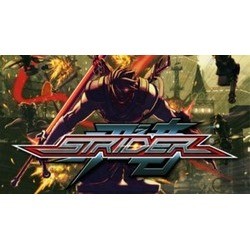 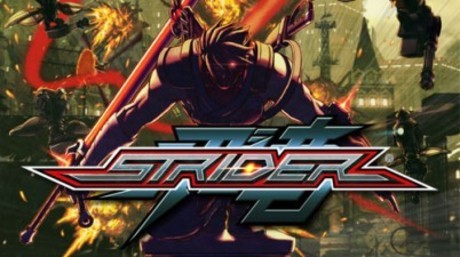 Michael John Mollo is proud to announce that he composed the original music for the Capcom release of STRIDER«. STRIDER« was developed by Double Helix and is available now as a $14.99 digital download title on PSN (PlayStation 4, PlayStation 3), Xbox Live (Xbox One, Xbox 360) and PC (Steam).

ōThe approach to the music for STRIDER was to take the style and intensity of the original games from the late 80s, and breathe new life into the arrangements,ö said Mollo. ōI chose to feature old school synths and textures juxtaposed against modern sounds to both pay homage to the past but also move the sound of STRIDER into the 21st century.ö

Michael John Mollo was born into a musical family and raised in rural Bloomsburg, PA. At a young age he learned the gift of song from his grandmother and the power of guitar from his father. As a teenager, Mollo developed his songwriting skills by listening countlessly to The Beatles, Paul Simon and Grateful Dead records. To further his musical understanding, Mollo pursued an education in classical music and jazz, eventually receiving multiple music degrees including a Master's of Music from the College Conservatory of Music at the University of Cincinnati and an advanced certificate in Scoring for Motion Pictures and Television from the University of Southern California.

In 2007, Mollo relocated to Los Angeles, CA to pursue his love for songwriting as well as composing music for film and television. After spending some time with Hans Zimmer and his team at Remote Control Productions, Mollo joined legendary film composer John Powell. Since then, he has contributed music to many blockbuster films including the Oscar nominated score for Dreamworks Animation's HOW TO TRAIN YOUR DRAGON, 20th Century FoxÆs RIO and DR. SEUSSÆ THE LORAX.

Mollo has also developed a reputation in the Los Angeles scoring community as a talented synth programmer. Recent collaborations include, STAR TREK INTO DARKNESS (with Academy Award«-winner Michael Giacchino) and ESCAPE FROM PLANET EARTH (with composer Aaron Zigman). Most recently Mollo completed his score for the education documentary WE THE PARENTS.

Mollo currently serves as CEO of Q6 Studios Inc. a collective of talented composers he founded with colleagues from USC. He continues to work on projects both large and intimate where he can explore new avenues of musical expression.
ōWe decided early on that it would be a good idea to re-arrange some of the classic STRIDER tunes for the game,ö Mollo described. ōOf course we had to use Raid. That was the first one we all agreed on. We also decided to include Coup, Mass Cloud, Armed Fortress, Egypt, Siberian Tunnel, and the original Kazakh Theme. We thought those tunes were the most iconic and best suited to accompany Strider as he enters the modern day. The remainder of the material consists of original tracks that I composed for the game.ö

STRIDER returns in a brand new adventure, complete with incredible side-scrolling action, and lightning fast combat all in a massive interconnected world! Download the full game now and become the original assassin!