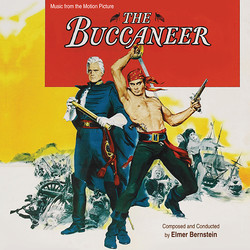 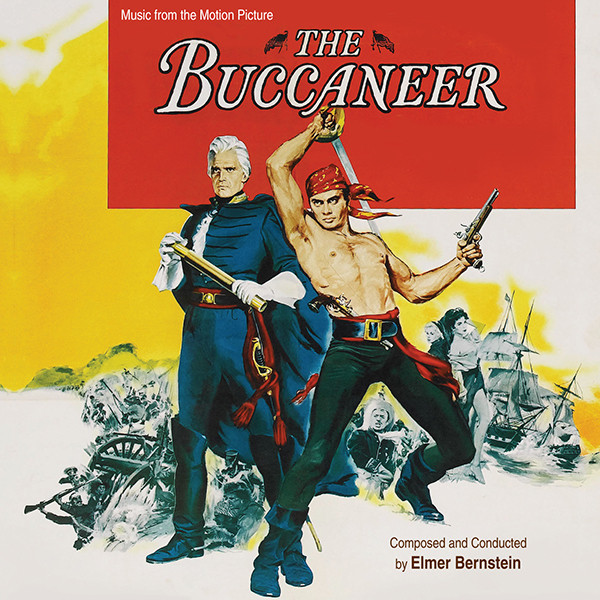 THE BUCCANEER
Composed by Elmer Bernstein

DeMille had had his greatest success by remaking The Ten Commandmentsfor Paramount in 1956, and so he decided that his next film for the studio where heĺd toiled for so many years would be a remake of his 1938 film of The Buccaneer, this time in Technicolor and VistaVision. But by 1958, having prepared the film, DeMilleĺs health was failing, so he asked Anthony Quinn to direct (Quinn was his son-in-law at the time) and longtime friend and associate Henry Wilcoxon to produce. A great cast was assembled, including Yul Brynner, Charles Boyer and Claire Bloom. Charlton Heston appeared as Andrew Jackson. Critics were cool to the film and it didnĺt light up the box office, but it managed to snag one Oscar nomination (for Best Costumes). But looking back at it today, the film is very entertaining, looks incredible and has an absolutely stunning score by Elmer Bernstein.

Bernstein had, of course, done the score for DeMilleĺs The Ten Commandments so he was a natural for The Buccaneer. He delivered a beauty of a score, filled with big and bold music and classic Bernstein themes. The ôMain Titleö begins with a wonderful Bernstein fanfare leading into a glorious and heroic theme, more fanfares, and then an exquisitely beautiful theme followed by more fanfares ľ itĺs everything youĺd want in a main title from a time when composers really knew how to set the tone of the film in its first minutes. The rest of his marvelous score is loaded with drama, romance and intrigue, all in the unique and colorful Bernstein style.

The Buccaneer was originally released on LP by Columbia Records and that LP program has had several CD releases over the years, all out of print. This is the first release of the complete score, taken from the three-track session scoring masters and the original 15 IPS three-track album master, all freshly transferred and sounding wonderful in full-bodied stereo. In addition to the complete dramatic score, we also present all of Bernsteinĺs source music cues, a couple of alternates, and some Bernstein piano demos.
The Buccaneer is limited to 1000 copies only