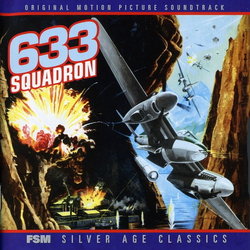 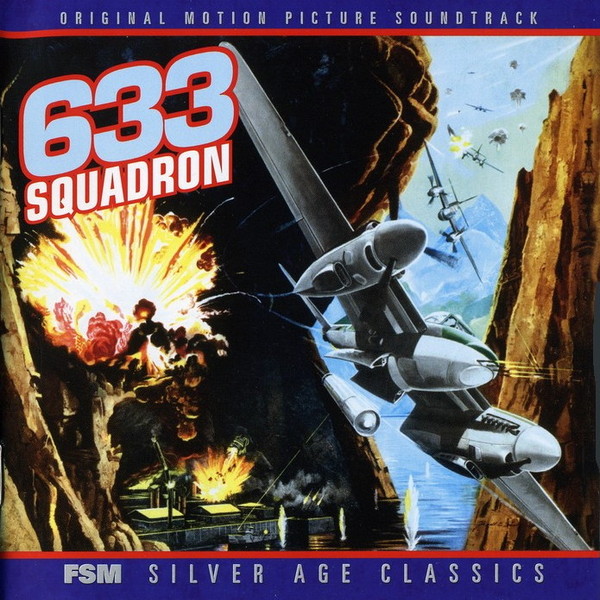 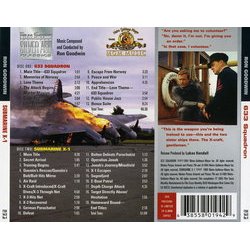 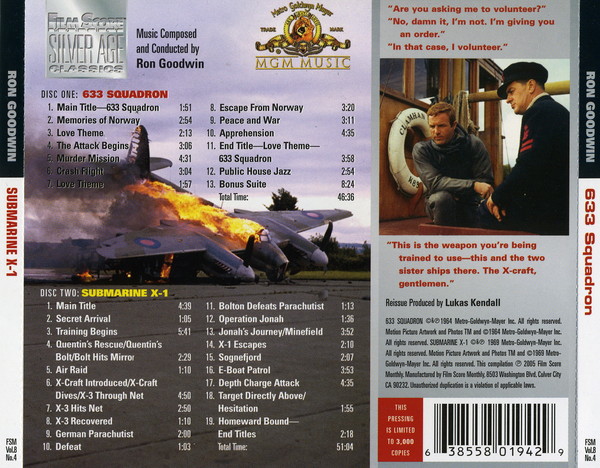 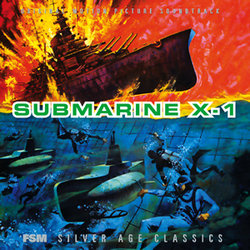 Submarine X-1 (1968)
On the heels of FSM's release of Where Eagles Dare/Operation Crossbow (FSMCD Vol. 6, No. 21) comes another 2CD set of classic Ron Goodwin war soundtracks: 633 Squadron (1964) and Submarine X-1 (1969). Both of these films are United Artists releases of Allied missions (led by North American commanders) during World War II to attack Axis positions in Norweigian fjordsone by air, the other by sea.

633 Squadron is one of Ron Goodwin's finest war scores, with a magnificent 'chattering brass' theme that captures the exultation of flight. (Goodwin ingeniously composed the theme to reflect the '633' of the title, with alternating bars of six and three beats.) The film stars Cliff Robertson as the leader of a squadron of Mosquito bombers, with George Chakiris his comrade operating behind enemy lines. Goodwin's score is full of action and triumph, as well as a love theme for the film's romantic subplot.

Submarine X-1 is a lesser-known production staring James Caan as the leader of three experimental midget submarines in a mission to sink a German battleship. The film is a no-nonsense 'mission procedural' and the score features moody suspense and action for its underwater battles. Goodwin also provides a soaring, nautical British anthem amongst gentler moments, and his octatonic 'underwater' colors will thrill fans of his distinctive adventure writing.

Disc one of this release features 633 Squadron: first the album program (as previously released on LP and CD, remastered for the best-possible stereo sound), followed by a suite of additional cues from a 1/4' monaural tape in Goodwin's possession. Disc two features the complete score of Submarine X-1 (minus one brief cue), mastered from Goodwin's personal 1/4' stereo tapes.