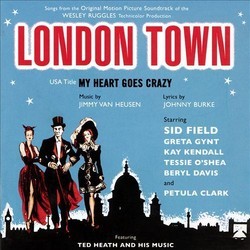 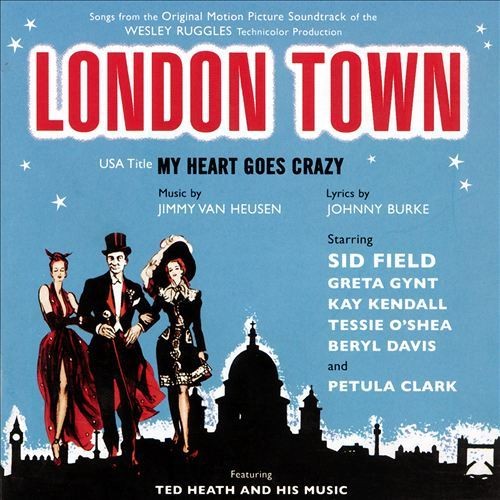 British songstress Beryl Davis introduced the new Burke/Van Heusen score, which included “So Would I” and “My Heart Goes Crazy”, as both herself and the singing voice of Kay Kendall. Much of the comedy material featured in London Town is drawn from Sid Field’s West End wartime variety reviews. “Strike It Again” (Prince of Wales Theatre 1944) featured the golf sketch which would be reprised by Field in London Town and is included on this compilation as a valuable historical record of 1940’s British Variety.

The music of London Town was originally released on five 78rpm gramophone records in 1946 and holds the distinction of being Britain’s first motion picture soundtrack album. This CD marks the first reissue of these historic recordings and the 60th anniversary of one of the milestones of British cinema.

To complement the London Town soundtrack we include Greta Gynt performing “Lady Spiv” (written by Vivian Ellis) which she sang in the 1948 British film Easy Money, and Petula Clark performing her first ever commercial recordings which she recorded for the Columbia label in 1949. Tessie O’Shea’s commercial recording of “The ’Ampstead Way” is also included.