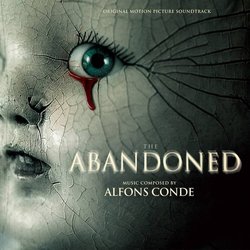 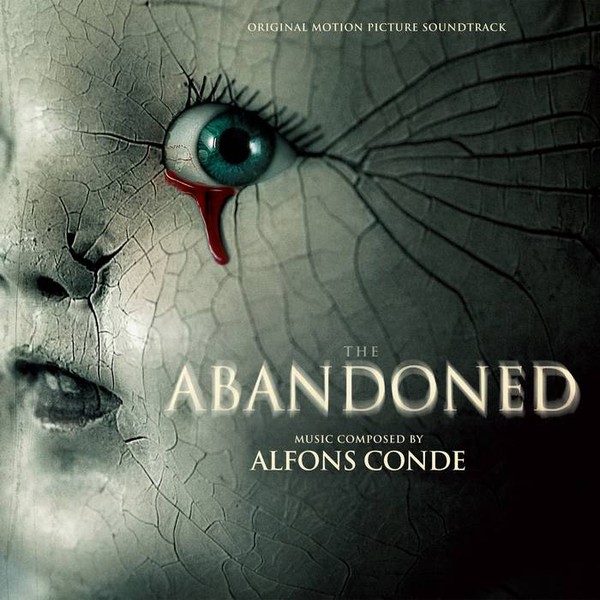 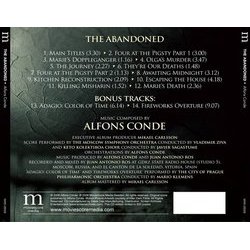 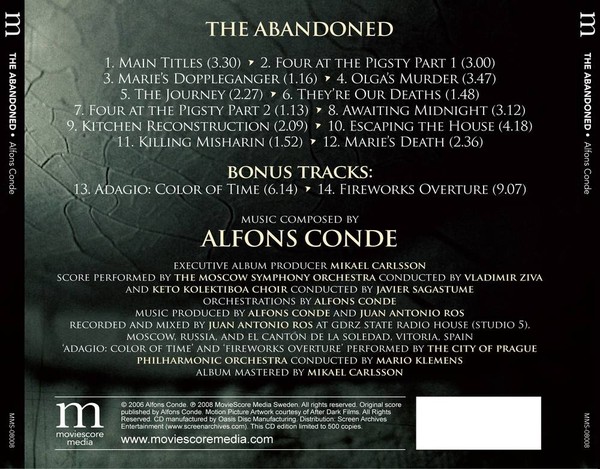 The first of our two Alfons Conde albums coming this spring features the original score from the 2006 horror film, The Abandoned, which was presented to American audiences by After Dark Films. Alfons Conde is a brilliant Spanish composer who we are very proud to introduce to the film music community. He has a richly textured symphonic style, making use of exciting orchestral colors and a expressive harmonic language.

The score for The Abandoned was performed by the Moscow Symphony Orchestra and Keto Kelktiboa Choir and it’s indeed one of the finest horror scores we’ve come across recently. The composer also generously offers two bonus tracks on the album. The first one, “Adagio: Color of Time” is a moving string elegy which is an orchestral arrangement of the second movement from a string quartet Conde wrote for the Emerson String Quartet. The other one is a spectacular orchestral nine minute tour-de-force evoking the music of John Williams and Bruce Broughton: “Fireworks Overture”. Enjoy!