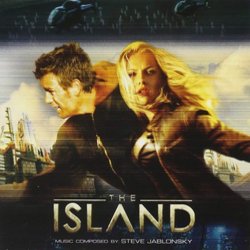 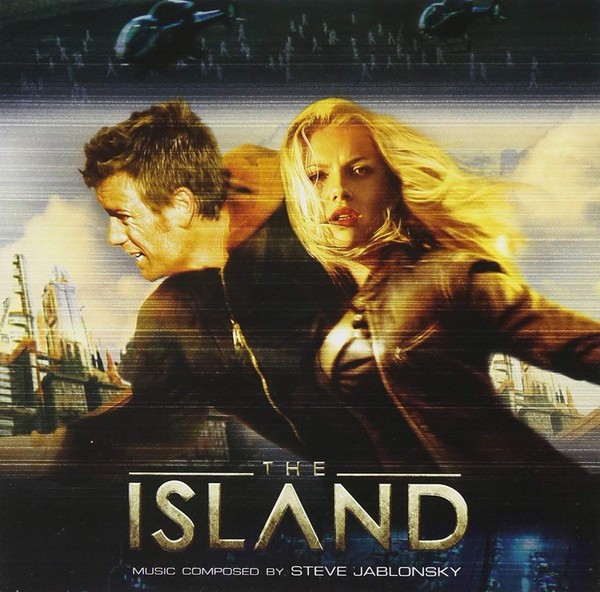 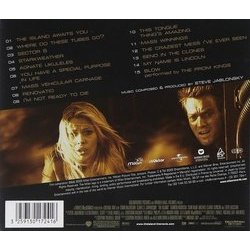 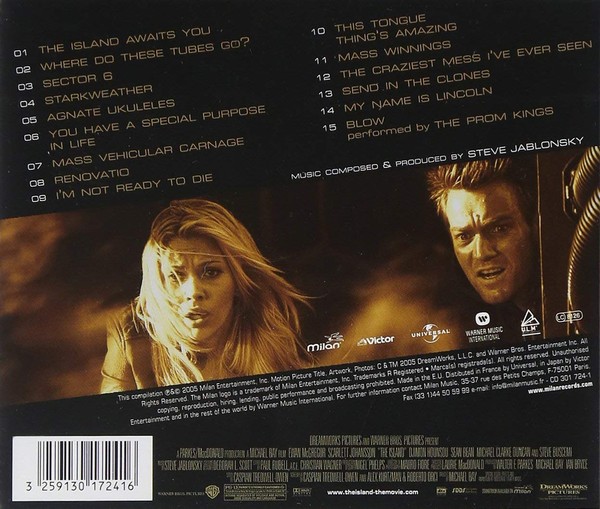 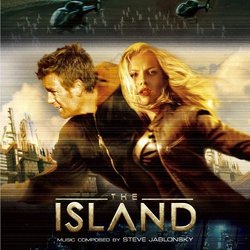 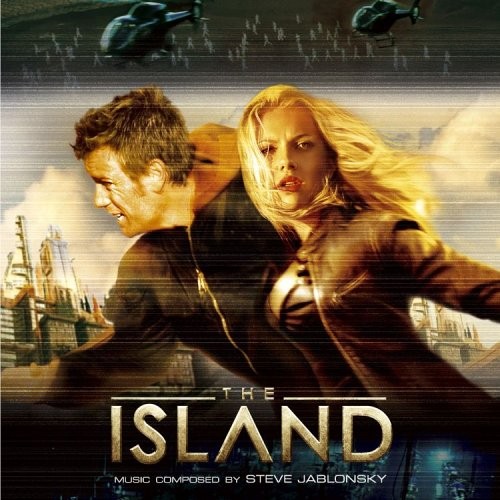 Steve Jablonsky is still a relatively unknown composer to the majority of soundtrack collectors. So when he was signed on to score Michael Bay’s next major action movie, it may have raised a few eyebrows. My first introduction to Steve was while listening to the 2002 Tears of the Sun soundtrack…by Hans Zimmer. The highlight of that soundtrack was a pounding action track called no other than “Jablonsky variations on a Hans Zimmer theme”. So, put pounding action and Hans Zimmer influence together and you’ve got a clear image of what The Island sounds like.

Steve Jablonsky is clearly a “Zimmerite”. Someone who has mastered his trade under Hans Zimmer / Media Ventures, and his scoring is of the same nature. What Jablonsky has ahead of other composers, though, is an innate ability to score interesting action scores that don’t completely bore after 30 seconds like the majority. There’s certainly a large enough range of percussion, and percussion players, to keep you interested. Jablonsky also has a keen eye for pace, once he gets you going on an action track, he keeps you going and pays off with a decent climax. That said, the soundtrack album itself doesn’t lend itself well to showing off Jablonsky’s ability to organise structure. Some tracks such “I’m not ready to die”, “My name is Lincoln” come in with a long, boring drone sound. Yes you could suggest it’s like technology, it sounds a bit futuristic and it probably works for the film. Though, it’s not going to excite many soundtrack fans and you end up having to skip the first 30 seconds of tracks just to get to any scoring of real capability.

Jablonsky is simply not subtle in his scoring for this soundtrack. This seems like the perfect match for director Michael Bay. There are times when sounds or even, yes, 50 cent lyrics, seem forced without an ounce of subtlety. When there does seem to be a bit of subtlety used, Jablonsky’s scoring ability shines through. One of the best individual pieces comes in the track “Mass Winnings”, before the percussion kicks in and choral voices and percussion joins together in harmony. It’s appropriate for the movie - the future (tech/percussion) meets the human element (choral voices). The problem is, I’ve heard it all before, far, far, far, far too many times. This style of scoring is out of the Media Ventures manual, it could have been part of Hans Zimmer’s King Arthur, The Rock or Gladiator soundtracks. Or more appropriately a nod in the direction of fellow “Zimmerite” Harry Gregson-Williams’ Spy Game and Metal Gear Solid soundtracks.

The Island drastically falls short on delivering a key theme. A theme that would resonate in beauty throughout all the tracks was none to be found. In-fact the ending piece “My Name is Lincoln” is probably the closest Jablonsky gets to creating a theme and by then it’s too late! The audience of the film and the CD have nothing to refer back to, and instead of this being a rounding off of the theme to bring us back to our equilibrium, we’re left feeling why wasn’t that at the beginning. And this is when it gets interesting. In the film, the equilibrium at the beginning is not a comfortable equilibrium, and the ending is supposed to seem like a new beginning, which is why a main theme is probably left until the end in order to feel the “beginning is at the end”, if you’re following me here people. What this leaves you thinking is that Steve Jablonsky is certainly a composer with the solid ability to score a motion picture, but based on this performance, he’s not going to leave you with a big theme and great soundtrack to listen to afterwards. With his next soundtrack he’ll have to prove me wrong…

The Island is niet de meest originele score -er worden immers veel technieken, ritmes, motieven, etc. uit eerdere scores herbruikt. Het is gewoon goede filmmuziek die werkt in de film en op cd!
The Island - 03/10 - Recensie van Tom Daish, ingevoerd op 2010-09-27 22:29:28 (Engels)
While I wasn't as hyped by his score for Steamboy, I did at least note that Steve Jablonsky was a name to watch. True to my word, when I discovered him attached to The Island - a futuristic thriller about cloning - I was ever hopeful. Sci-fi invariably has scope for larger than life excitement and, unsurprisingly, the spectre of Jerry Goldsmith's legacy hoved into mind: Logan's Run (from which The Island, as a film, borrows heavily), Total Recall and so forth. Then again, The Island, is a Michael Bay film and that means Jerry Bruckheimer. Damn. As expected, the promising premise is drowned in favour of ridiculous stunts and variably boring action sequences. Only the fairly strong presence of Ewan McGregor (maybe they drove up to his house with a dump truck of money) and Scarlett Johansson (presumably trying to up her exposure, although she's a fine actress and plenty beautiful, so shouldn't have need to resort to appearing in Michael Bay films) keeps the film tolerable, plus a smattering of almost genuinely moving moments and little leavening (and not too groan inducing) humour.
Anyway, back to Jablonsky's score. Watching the film (before hearing the album) I can't say that much struck me, indeed the only memorable part was the finale (My Name is Lincoln) opening with near identical percussion to Now We Are Free from Gladiator. Add in the chorus (no Lisa Gerrard) and it's the same thing, but without the original's insanely catchy tune. Even my non-film music friend noticed. Outside of that, only the opening title of The Island Awaits You made any impression and that's probably because it was one of the few passages not buried under layers of explosions. On disc, the action is low key digital percussion or loud digital percussion of the sort that clubbers with ADHD would probably enjoy; the orchestra occasionally swells in the background, but never materialises into much. At least we're spared the synthetic horns of a typical Media Ventures 'orchestra' but it's a shame that Jablonsky and the inevitable entourage of additional music flunkies waste the exceptional talents of the large orchestra at their disposal. They must be especially proud to have their names listed on the liner notes given their huge impact. Sarcasm, gotta love it.