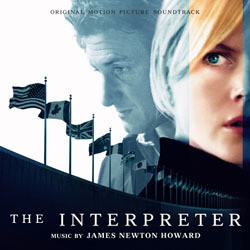 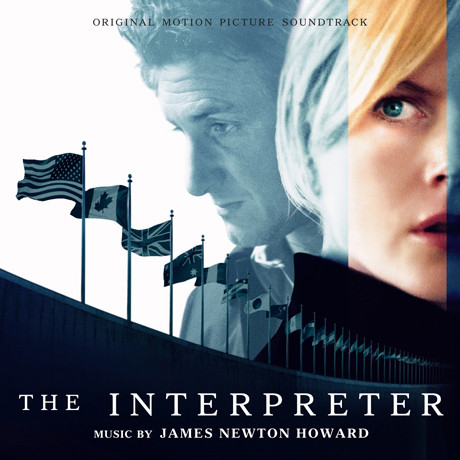 The Interpreter is een goede soundtrack, maar werd destijds ondergesneeuwt door allerlei blockbusters. Mijn advies luidt dan ook als volgt: wil je de voorloper van Blood Diamond horen, hou je van films zoals The Firm en ben je fan van James Newton Howard? Schaf dan per direct The Interpreter op cd en/of dvd aan en geniet!
The Interpreter - 04/10 - Recensie van Tom Daish, ingevoerd op 2010-09-26 20:10:31 (Engels)
As noted in my review of Howard's score to Dreamcatcher, sometimes even the best composers can be caught up in genre conventions and unable to break free to produce something special. So it is with The Interpreter, a thriller about overheard conversations, assassinations and, erm, interpreters (at the UN), starring the ever wonderful Nicole Kidman as the titular character (as it were) and Sean Penn as her protector (and not the capital of Cambodia). From its mumbling start, The Interpreter takes rather a long time to get going and starting with an eight and a half minute track of not much - the burnished tones of Malcolm MacNab's trumpet a splendid exception. This is not a score that hits the ground running.

Although ostensibly set in the UN, the film's African connections are tangentially hinted at, notably by the inclusion the Traditional Atolago, performed by Kirsten Braten Berg. However, its appearance is brief and somewhat perfunctory and emphasizes how unfortunate it is that a little more isn't found elsewhere. Although largely suspenseful, Howard introduces a couple of action licks, notably the hugely unpromising sounding Guy Forgot His Lunch, which isn't perhaps an especially original mix of electronic percussion and strings, but is well crafted and thankfully quite transparent in texture. Indeed, from that point, the variety increases somewhat, with a few highlights such as the low key, but lovely Did He Leave a Note? The score also picks up a little momentum, although some might rather feel that once you've heard one lightly percussive action cue, you've heard them all even if, to his credit, Howard provides just enough variation on the formula.