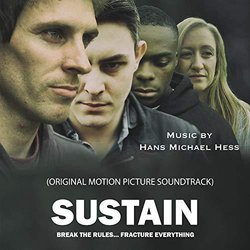 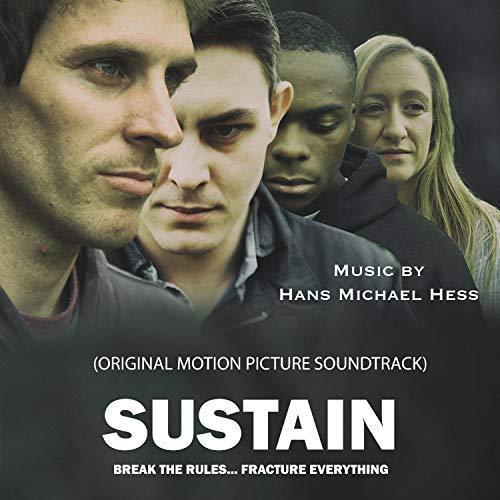 Upcoming composer Hans Michael Anselmo Hess already composed 17 scores, including 10 short films and 1 TV-series. This is the 14th film he scored and my 3rd review of his work. The first two scores I reviewed were for 2 horror movies: Carnival of Sorrows and Clownface. So, this is his first non-horror movie, beside his short-films. This could be a challenge for a composer and an opportunity.
Sustain is a dark dramatic movie about a man who loses his brother in a racially motivated attack by some thugs. After the death of his brother the main character has to get his life back on trails and tries to get a reconciliation with his mother but comes to the conclusion there's no other way than confront his brother's killers.

The music Hess wrote for this film is as expected quite different of both his previous scores, being horror flicks. Nevertheless, like I'm already used to, he still kept a thematical approach as I love to hear. The first theme we discover is the one for Kara. It's basically build around a 2 tone motif, simple but effective. Like any good theme, this one is used more than once. In fact, it's already there before you even realize it, in the 4th track called Grief. The theme is introduced by a cello, but in 'Kara and Roy' some kind of broken, out of tune piano takes over the theme. It sounds more intimate but still recognizable. Then we get to hear it for the 3rd time in Kara's Help. This is a more melodic approach. Beautifully done.
The score is a perfect fit to the story, dramatically dark and intimately sad. Although it starts with a rather atmospheric soundscape, where the composer uses mostly electronic sounds to create a threatening, gloomy mood. However, the score gets more 'organic' after a few tracks. The electronic sound-design makes room for more accoustic elements, like strings (especially the cello) and that broken piano, which I personally really like. It feels like it accentuates the state of mind of the main character: still functioning but irreparably broken from the inside out due to the tragic loss of his brother.
Towards the end of the score, the music gets more electronic again. It's like the composer wanted to write a score with 2 opposite sides, like the story. On one side the life of a rather normal family and on the other side the criminal life of the ones who ruthlessly killed the main character's brother. I must say, this is very effective. It's not all electronics though, more a combination of both worlds as the antagonist is confronting his nemesis.
Hans Michael Anselmo Hess again did a great job at scoring this film, his first drama so far (beside the scores he wrote for short films ofcourse). Paradoxically enough, I think this one is not as easy to listen to as both his previous scores outside its movie. It's tense and dark and sad and the story didn't allow to use a broad pallet of sounds like Hess used in Clownface or Carnival of Sorrows. Is this a bad thing? Not necessarily. The music probably does what it has to do in the movie. It's also a matter of taste. Personally, I'm a fervent horror film addept and not so much a drama queen. Nevertheless, this is again a good score by Hans Michael Anselmo Hess. I'm still interested and looking forward to his next project called: You are my sunshine.

Like I said before: A young and talented composer we all must keep an eye on.... Way to go Hans!
Trailer: