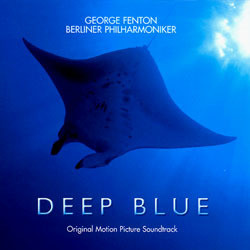 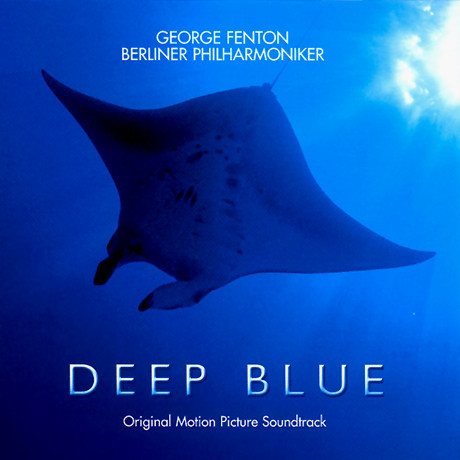 Verberg reviews in andere talen
Deep Blue - 09/10 - Recensie van Tom Daish, ingevoerd op 2010-09-10 23:56:24 (Engels)
While it's not unusual for composers to re-work and re-record their music for album (although the practise seems to be considerable less popular than it was in years gone by), it's almost entirely unheard of for a television series to be reworked into a film and have the original score similarly upgraded. However, after the success of the oceanic documentary The Blue Planet, some bright spark decided to use some of the show's most memorable and inspiring images and turn it from a documentary into an audio-visual extravaganza. Both elements were largely already in place, but the editors found the best images and George Fenton spruced up the best parts of his score, took it to Germany and had the Berliner Philharmoniker play it for him, which is something of a coup.
As I deem it a largely pointless exercise, I've not done a side by side comparison of the two scores, but the general impression is that there are fewer of the low key synth passages of the original and the orchestra (quite rightly) takes centre stage. The opening Bounty Hunters is the original's Sardine Run - most of the track titles don't directly relate to the names - and is a bouncing, high impact way to start. Other highlights include The Beach in Patagonia as killer whales do rather unsavoury things to baby seals - acts which, unlike sharks, seem to be a behaviour motivated beyond instinct the instinct to eat - which, from a musical point of view, Fenton scores with grandiose tragedy rather than cheap horror. As with the original album, the central passages are a little more low key, but seem to meander less and cues such as Coral Riches and Kaleidoscope have a quiet, ethereal beauty which is rather enchanting.

For the Polar Landscape, Fenton moves back towards broader orchestral strokes giving the frozen north an inviting beauty, slightly offsetting the harsh reality. Back down south, his Flying Emperors are a bit more athletic than Alex Wurman's in March of the Penguins, although Fenton does actually adopt a march, but places more emphasis on their grace as they dive in and out of the icy seas than their ungainly waddling. Wolf Pack returns to the killer whales as a pack of them hound a grey whale calf to death (it makes one wonder why they've not learned that the humans at SeaWorld might make a tasty snack) and Fenton ups the tension until things unwind for the poignant closing minute. The melancholy continues with The Wanderers before the more playful Showtime for some typically acrobatic dolphins.