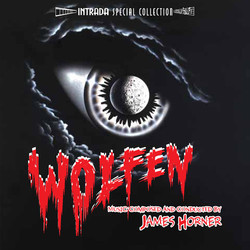 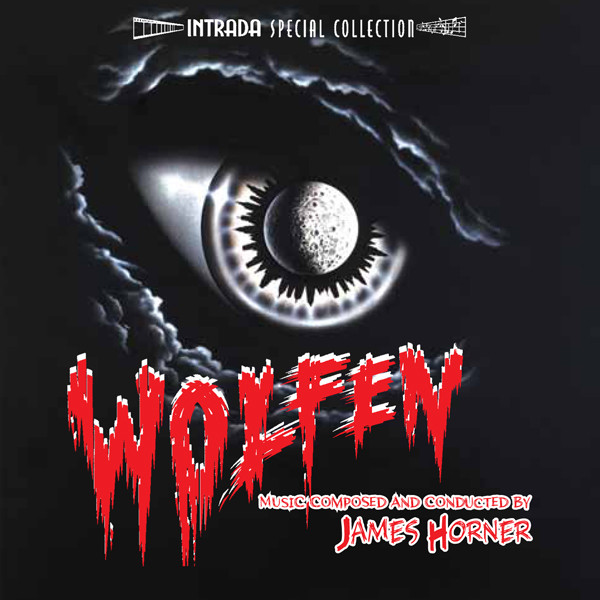 James Horner had very little time to write and record his music for Wolfen. A prior score by Craig Safan was dropped from the production and Horner was brought in at the last minute. As such, a significant portion of the final picture contained music by Horner, but ironically tracked in from another picture he had just scored called The Hand. Our world premiere release of his original soundtrack for Wolfen contains just the music he composed and recorded for Wolfen.

As the finished film frequently cut between the original cues written for it and cues taken from the master tapes for The Hand, a number of sequences Horner composed for Wolfen were trimmed or attached to unrelated cues. For this CD, we have assembled every cue composed and recorded specifically for Wolfen, presenting them in their original sequence as per the studio paperwork. We have not attempted to re-create any of the post-production editorial cuts and repeats used in the film and have stayed with what the composer intended.

For our release, we have mixed and mastered every cue from the original ˝” 15 ips Dolby A-encoded three-channel stereo session elements vaulted at Warner Bros. in mint condition. The entire recording, made by Dan Wallin at Filmways/Heider Recording in Hollywood is crisp and dynamic.

For devoted fans, we have also included two outtakes. During the sessions, Horner recorded “Rebecca’s Apartment” initially with a solo trumpet playing the main melody. He then recorded it again without the trumpet and the latter version is used in the film. We are presenting the film version in the body of the CD and the unused earlier version as an “extra.”

The other outtake is the first version of “Epilogue and End Credits.” While largely identical to the final film version, it is actually ten seconds longer. After recording the initial take, Horner elected to go back and record the sequence again, dropping several bars of transitional material in the Epilogue portion. As with the other “extra,” we are presenting the film version in the body of the CD and the outtake at the end.

James Horner wrote one of the most frightening and intense scores heard in films during the 1980’s. It remains today a powerful example of what film music can do in the genre of horror. Brace yourself and enjoy.