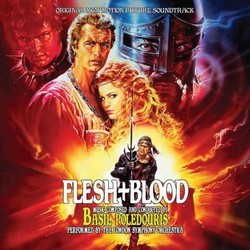 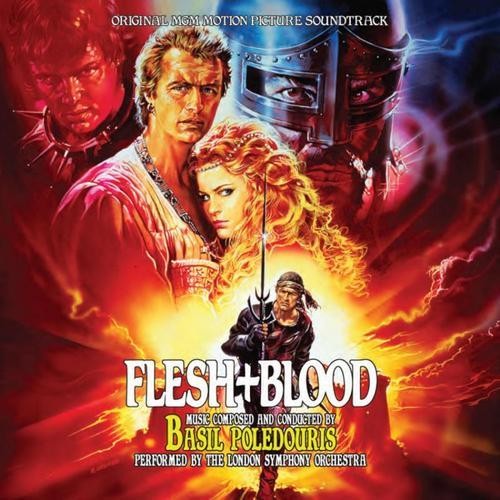 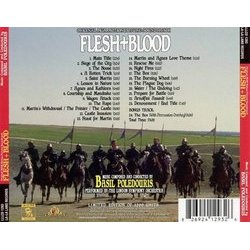 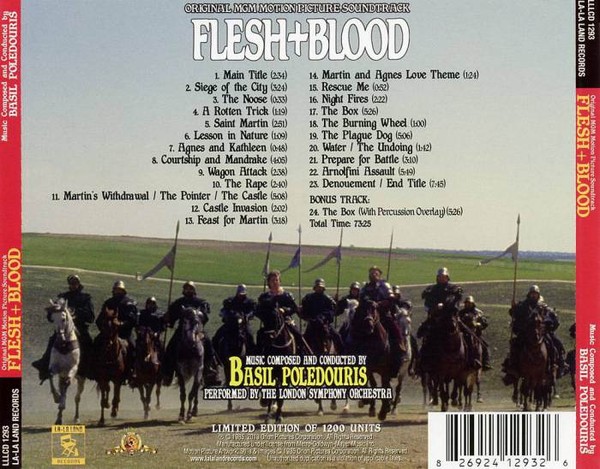 La-La Land Records and MGM present the remastered re-issue of renowned composer Basil Poledouris’ (CONAN THE BARBARIAN, ROBOCOP, THE HUNT FOR RED OCTOBER) original motion picture score to the 1985 medieval-set action/drama FLESH + BLOOD, starring Rutger Hauer, Jennifer Jason Leigh and Jack Thompson, and directed by Paul Verhoeven. Considered to be one of his best works, Poledouris’ bold score continues in his CONAN tradition – and it’s an absolute powerhouse! Essentially, a release for those who weren’t fortunate enough to obtain it previously, this re-issue produced by Ford A. Thaxton and remastered by James Nelson, is a must-have for any film music enthusiast who missed out on grabbing it. Film music writer Randall Larson eschews re-counting ground already covered extensively in previous editions of the soundtrack and instead focuses on an interview he and David Kraft conducted with Poledouris, in the composer’s home, on May 19, 1985. To our knowledge, this is the only detailed, contemporary interview Poledouris gave on this score and much of this lengthy conversation had remained unpublished… until now. Majestic art direction by Mark Banning rounds out this exciting presentation.
Trailer: