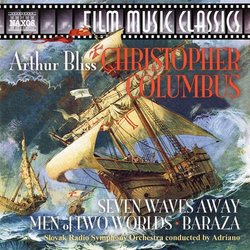 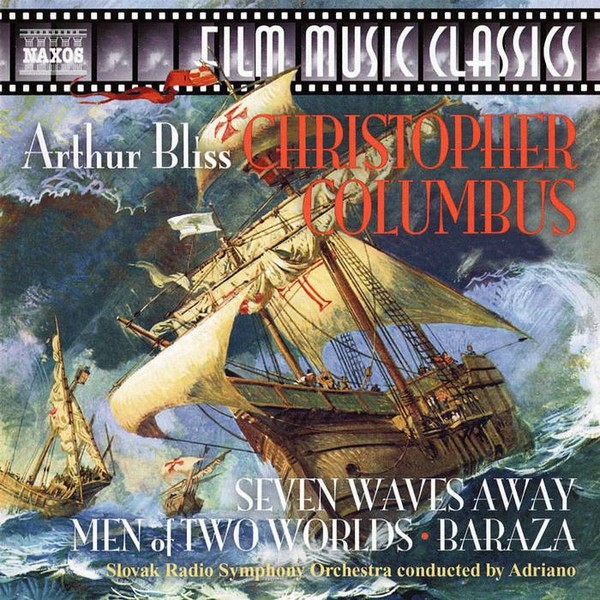 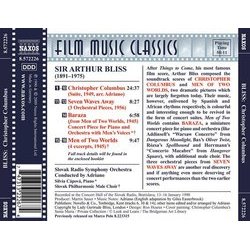 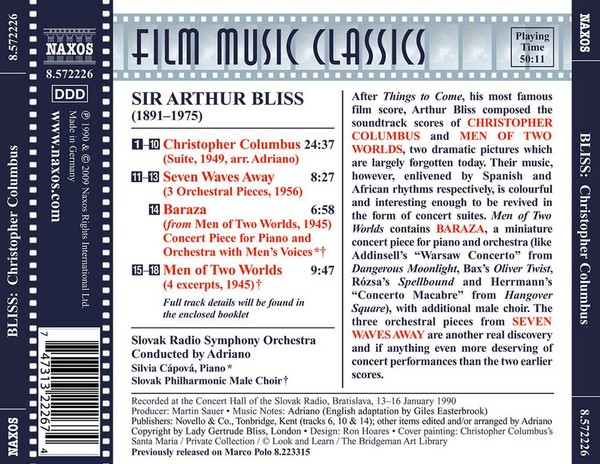 Seven Waves Away (1957)
After Things to Come, his most famous film score, Arthur Bliss composed the soundtrack scores of CHRISTOPHER COLUMBUS and MEN OF TWO WORLDS, two dramatic pictures which are largely forgotten today. Their music, however, enlivened by Spanish and African rhythms respectively, is colourful and interesting enough to be revived in the form of concert suites. Men of Two Worlds contains BARAZA, a miniature concert piece for piano and orchestra (like Addinsell’s “Warsaw Concerto” from Dangerous Moonlight, Bax’s Oliver Twist, Rózsa’s Spellbound and Herrmann’s “Concerto Macabre” from Hangover Square), with additional male choir. The three orchestral pieces from SEVEN WAVES AWAY are another real discovery and if anything even more deserving of concert performances than the two earlier scores.
Trailer: