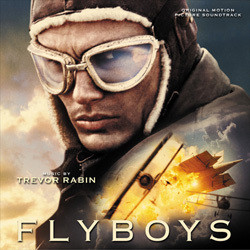 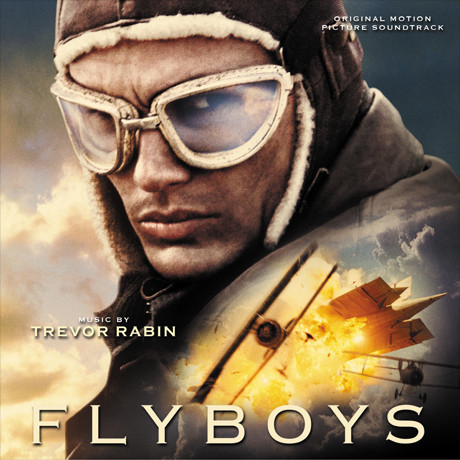 With The Great Raid, Rabin showed that he could, if pushed, write some genuinely fetching music, even if leaning heavily on John Williams at times. Also, it was apparent that the Media Ventures sound was on its way out. In many ways, Flyboys continues the trend with slightly less subtlety and some fine action writing. From the early Dogfight to the rip-roaring Heroes, Rabin eschews looped percussion, electric guitars (the film is set in the First World War, after all) and makes the orchestra earn its way with some simplistic, but effective imitative counterpoint. There's a lot to be said for sophistication making action music more exciting; sometimes volume isn't everything. While the emphasis is on old fashioned heroism, the action also has a dramatic ebb and flow which ensures that it doesn't become overtly one dimensional.

Most of the quieter material is gently upbeat, using glimpses of the simple, but effective main theme (which, in places starts to veer towards Williams The Patriot, especially with its woodwind counterpoint). Battle Hymn offers the score's darkest moment, a striking choral elegy, briefly interrupted by a rather out of place percussion outburst. While hardly technically complex in its deployment, the chorus makes a hair raising addition to the equally dark, but very exciting Black Falcon, which only resolves towards the general mood of heroism toward the end. It would be churlish to deny that this is a fun score; sure it's no Blue Max, but then few things are and in any event, Goldsmith was writing for a rather less flashy film. It's certainly a Rabin score that is actually worth more than a single listen as the more complex writing gives the ears and brain something to chew on beyond the first time through.
Flyboys - 08/10 - Recensie van Tim Horemans, ingevoerd op 2007-01-04 22:03:51 (Nederlands)
Trevor Rabin is de laatste tijd een andere weg ingeslagen. Hij besteed tegenwoordig met zijn composities meer aandacht aan het orkest en het symfonische dan aan zijn keyboards. Vroeger was het allemaal luide gitaren, snelle actiemuziek, catchy thema’s en veel keyboards. Deze verandering is mij opgevallen sinds zijn scores voor The Great Raid en Gridiron Gang. Nu met Fly Boys hanteert hij dezelfde manier van componeren.