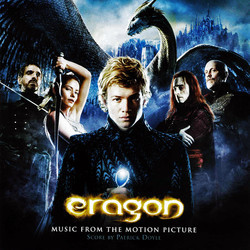 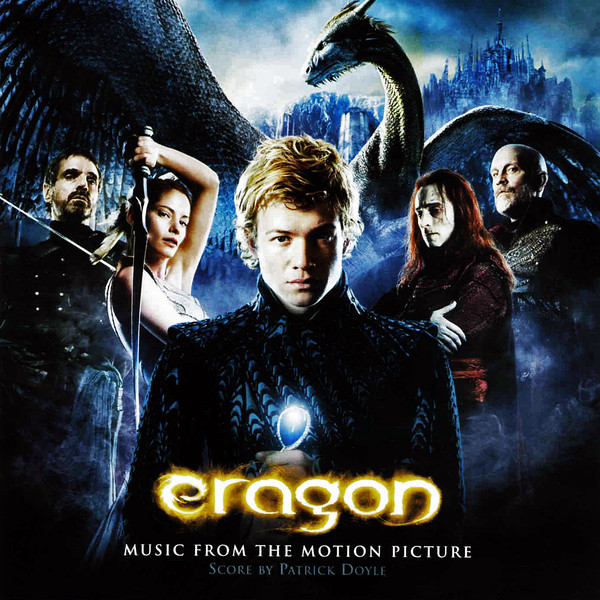 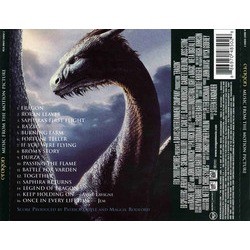 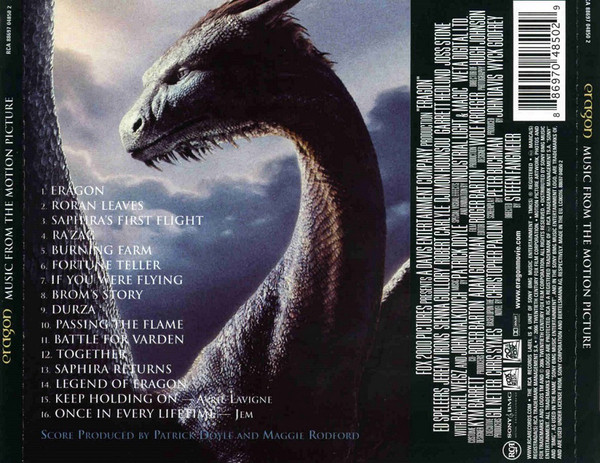 Kortom, Patrick Doyle zet met Eragon een geweldige score neer, met alleen maar erg fraaie tracks. En er zijn niet zo veel scores die dat evenaren.
Eragon - 07/10 - Recensie van Tom Daish, ingevoerd op 2010-09-10 23:16:08 (Engels)
Why is it that dragon films pretty much always crap? Dragonslayer; its mediocrity enhanced by Alex North's score which is simply too striking and melodramatic, fine though it is on its own. Then there's Dragonheart which is lightweight, but tolerable and Randy Edelman's score is one of his most enjoyable. Reign of Fire I liked, but nobody else did and it didn't exactly set the world alight (boom boom), despite being bolstered by an entertainingly crunching score from Ed Shearmur. However, worse than all of those is Eragon, a novel that appears to have been written by a teenager whose entire experience of storytelling is filtered through Star Wars and Lord of the Rings. Funny, because it actually is. One can't help but think that if it had been written by an adult, it would have been turned down as derivative crap. Anyway, Patrick Doyle ends up on the scoring stage of the movie version and, fortunately, his music is considerably better than the movie for which it was written.
Sometimes, it's hard to come to an album late in the game without writing a review which could be deemed derivative (and possibly crap, if you're so inclined), but the overriding feature noted by all reviewers is that Eragon is a monothematic score. Or, at the very least, the main theme appears in every track and minor themes (such as the faux mystical opening of Fortune Teller) disappear without trace. Fortunately, it's a good tune and malleable enough to work in numerous moods, although the full throttle hero arrangement rather puts to mind an upbeat WW2 movie than dragons, but no matter. However, given the wealth of characters - most of whom have an almost identical functional counterpart in the original Star Wars - it's surprising that Doyle doesn't delineate them musically, particularly the villains who get nothing of note whatsoever. There are plenty of ominous passages, Ra'Zac and the pant wetting Battle for Varden in particular, the latter featuring some of Doyle's most exciting and effectively sustained action writing, but nothing to strongly identify the bad guy. Darth or whatever he's called.