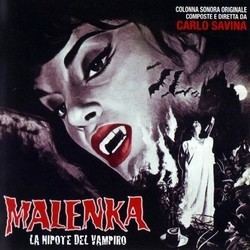 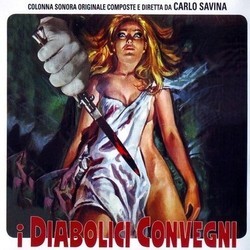 Malenka, la nipote del vampiro (1969) stars Anita Ekberg as the beautiful heiress to a castle, who is sucked into dark magical practices by her youthful uncle, who claims to be 500 years old due to a magic spell. I diabolici convegni (aka Las amantes del diablo, 1971) stars Krista Nell as a woman looking after her disappeared sister, coming across a twisted doctor who abducts vacationing beauties on a regular basis. Both films receive excellent underscores by Carlo Savina, who uses an organ to lend a Gothic feel to the castle, coloring his music with exotic pop and jazz elements to make the storyÆs more relatable and contemporary.

The release contains all the surviving music from both productions. In the case of Malenka, the music had been mastered from a monaural tape to feature the complete score as it was recorded. As a special bonus, we also include eight cuts remixed into stereo from the sole surviving 8-track tape. The program for I diabolici convegni is much shorter, amounting to around 20 minutes, but itÆs all the original music Savina wrote for the film. While thereÆs a lot more score in the film, those cues were taken from earlier productions and are thus not featured on the disc.

Two excellent scores for the price of one! The disc also includes the title song 'Malenka' by Giulia Rei and ôMy Wonderful Dayö from I diabolici convegni. Produced by Claudio Fuiano. Liner notes by Gergely Hubai offer brief biography about the composer, plus discussions of both films and scores. The package contains a 12-page full color booklet.