Enemy Mine
The Deluxe Edition 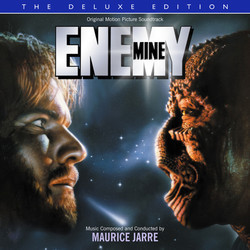 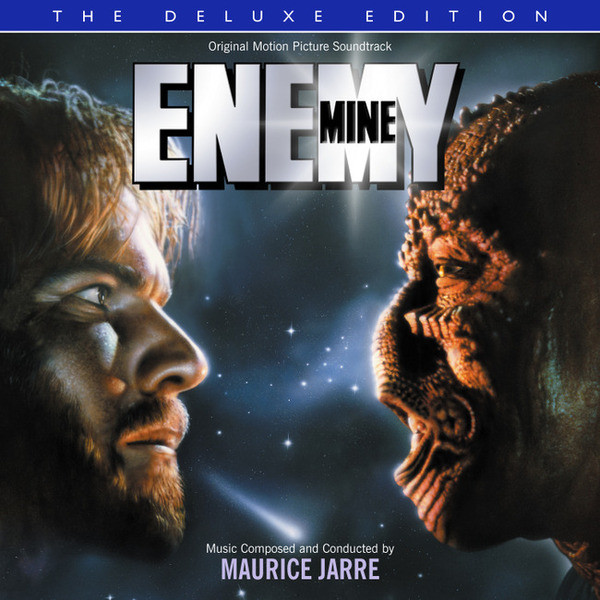 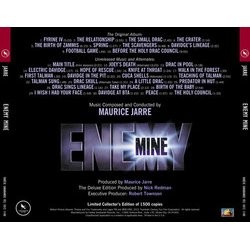 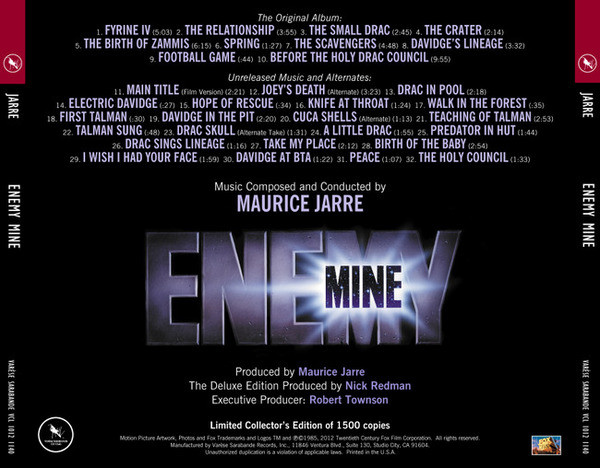 Maurice Jarre’s acclaimed score for Enemy Mine is a work of two distinct personalities. Just when you think you're listening to a challenging, exotic and endlessly creative score for an entirely electronic ensemble, Jarre strikes up the band, delivering a powerful and sweeping orchestral work. Together, the two halves make for one of Maurice Jarre's most powerful scores of the period.

In this visually stunning sci-fi adventure from director Wolfgang Petersen, two warriors engaged in a savage, futuristic war between Earth and the planet Dracon, crash-land on a desolate, fiery planet. At first, the human (Dennis Quaid) and his reptilian, alien opponent (Louis Gossett, Jr.) are intent on destroying each other. But after battling the elements and each other, the two stranded pilots gradually realize that the only way either of them will survive is to overcome their undying hatred.

Expanded and supplemented with new elements of both the electronic and the orchestral sides of the score, this new, Deluxe Edition has also allowed us to make great improvement to the sound. A very exciting Jarre release!

Recently released on Blu-ray by Twilight Time, Enemy Mine is a significant film from a major director.