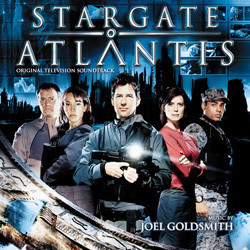 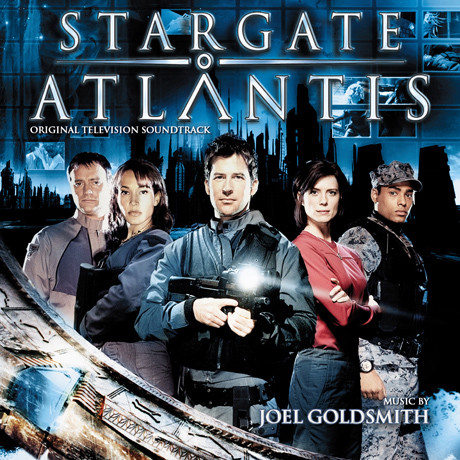 Eindconclusie is dat Stargate Atlantis een geslaagde score geworden is. Spijtig dat Joel niet meer gebruik gemaakt heeft van zijn ijzersterke main title van het koor. De cd is niet spectaculair of vernieuwend maar dit is iets wat er zelden gebeurd filmmuziek. Wel degelijk en de moeite waard om eens te beluisteren.
Stargate: Atlantis - 07/10 - その改訂 Tom Daish, 提出された 2010-09-13 20:43:45 (英語)
It's surprising that a television series spun from only a modestly successful film should do so well, yet Stargate: SG1 has done just that (similar to the feat achieved by Buffy). As Buffy had Angel so now Stargate: SG1 has Stargate: Atlantis, expanding its intruiging mixture of myth and sci-fi from outerspace to under water. It seems a bold move given how badly previous submerged adventure series have been. Need I mention SeaQuest: Dull Slow Viewing? Still, the makers are unlikely to stray too far from what made the original Stargate series such a resounding success and that extends to its impressive roster of composing talent and for the opening episode is taken by Joel Goldsmith.
The premiere episode of Stargate: SG1 effectively rehashed the music from David Arnold's terrific movie score and neither Goldsmith or Arnold were very thrilled with the treatment they received. However, for Atlantis, Goldsmith does more or less his own thing and even gets to write the new title theme. In an age where even Star Trek can succomb to having a cheesy pop song as its theme tune, it's refreshing to note that Atlantis receives a rousing, orchestra and chorus number, with plenty of the muscular percussion and brass writing that has become the series' trademark (plus a hint of the late Goldsmith Snr), the choir adding a touch of authenic grandeur.

After such a promising start, it's pleasing to note that Goldsmith's underscore is similarly engaging; exciting in all the right places, notably Atlantis Takes Flight and later in Dart Battle and The Rescue, and more suspenseful as the city is discovered and explored, Atlantis Wakes making good use of synth chorus to add an air of mystery. When I seem to spend so much time bemoaning the quality of sci-fi scores for the big screen, it's heartening to know that at least some producers know the effectiveness of a rousing orchestral score. True, it doesn't have the originality or truly great themes of the best that the genre has to offer, but still exciting fun all the same.