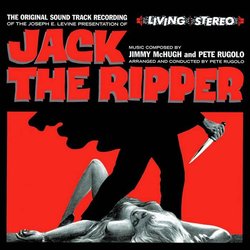 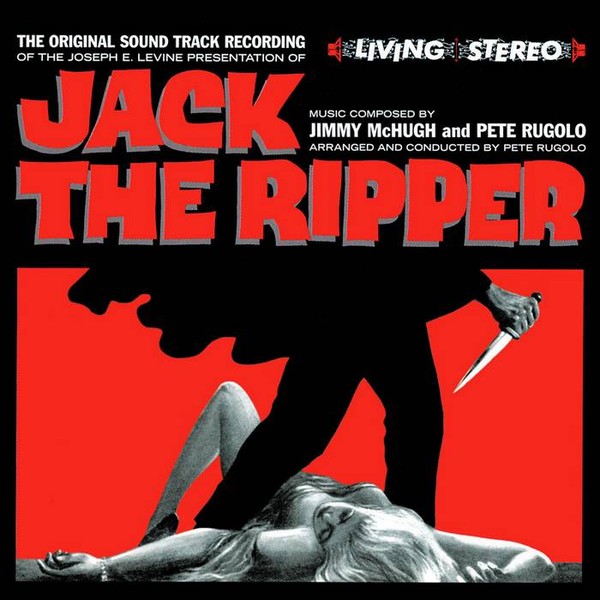 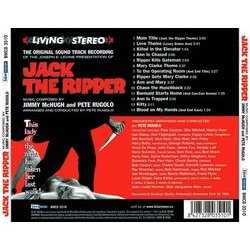 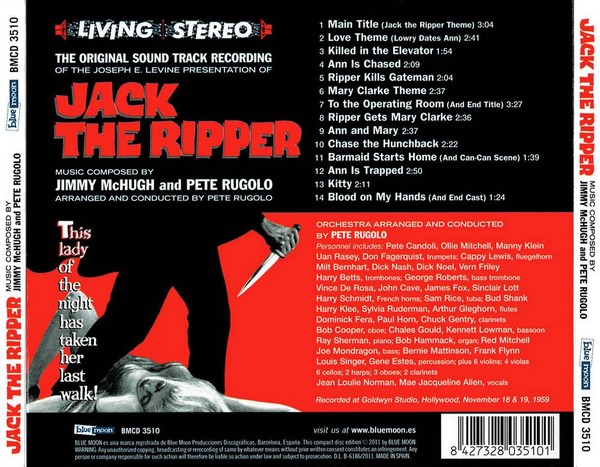 Newly remastered STEREO version.
Better sound than ever before!

It is night. Big Ben has just tolled the hour. The haunting, eerie sound of foghorns moans through the rolling seas of fog. Somewhere in the distance there is a muted clatter of a horse cart that fades away into the darkness. Abruptly a door opens. There is a flash of light, a blare of noise from a boisterous dance hall. The door closes and it is dark again. In the clammy silence there is the quick click of a womans heels on the cobblestoned street. A rustle of silk petticoats and a scent of cheap perfume. The heels move briskly along then falter... then stop. There is a moment of struggle, another of agonized resistance, a third moment that spans the dreadful sound of a knife tearing through silk, then flesh, and a scream of terror. Jack the Ripper has struck again!

No one knows how many women were murdered by the most fiendish killer of all time. We do know that the victims were all young, poor yet attractive women who earned their livings as dance hall girls, barmaids and streetwalkers. They were all killed in the same dreadful manner... slashed with a scalpel wielded by a maniacal monster who well understood female anatomy.

The musical score of the film Jack the Ripper authentically recaptures the special flavor of turn-of-the-century London. The exciting mood of the film is brilliantly reflected in the powerful, spine-chilling music by Jimmy McHugh and Pete Rugolo.

A word of warning: before you drop the needle into the groove, I suggest you lock and bolt your door, look under the bed and behind the sofa. Then curl yourself into a small ball in that big wing chair by the window. Be sure to pull down the window blinds  you never know WHO might be watching from the outside. Im having you now with three little words to freeze your marrow... JACK... THE... RIPPER.