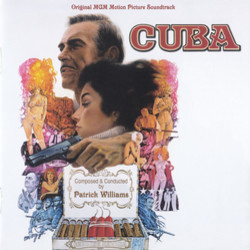 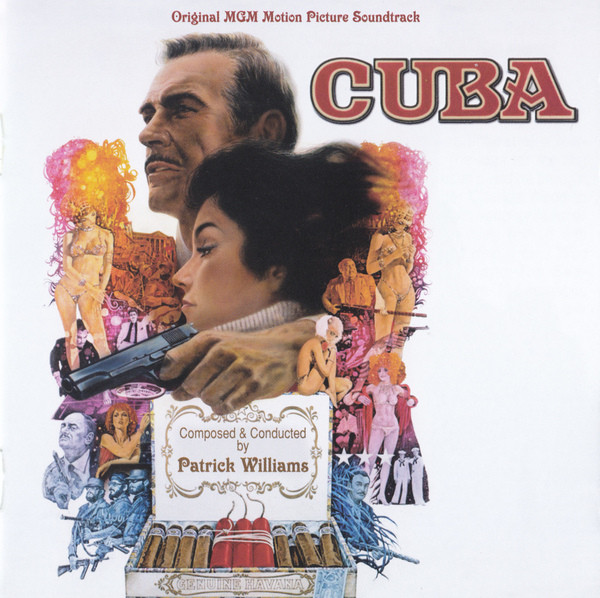 Richard Lester’s 1979 film Cuba was pretty much dismissed by audiences and critics. However, in the years since its release, people have begun to come around to its charms and the film has developed a solid following and rightfully so – it is, in fact, one of Lester’s best and most interesting films. It is visually stunning and its period detail is astonishing. The films is filled with memorable performances from its large cast, including Sean Connery, Brooke Adams, Chris Sarandon, Martin Balsam, Hector Elizando, and Jack Weston, among many others. Set during the buildup to the 1959 Cuban revolution, the film covers the end of the Batista regime and the Castro takeover, adding romance and thrills and intrigue to the mix, sort of a Cuban Casablanca.

For the score, Lester turned to the great Patrick Williams. It was, as it turned out, an absolutely inspired choice. Williams turned in an enticing, exciting, eclectic and excellent score. The love theme is one of his most beautiful creations, a haunted lament for a past romance, beautifully scored, with guitar and female voice taking the lead. The score features a lot of driving percussion, and some great dynamic dramatic cues.

For this CD, the premiere release of the score, the tracks were mastered from Williams’ own tapes, which were in great condition. We present the score as he wrote it (some of the cues did not make the film or were truncated) – at the time of the film’s release, Williams did a rough version of an album presentation (that obviously never happened), editing a few cues together for musical cohesion. We’ve left those edited cues the way he did them, and have sequenced the score into what we hope is the best listening experience – while much of it is in film sequence order, we’ve moved a few things around to help balance the presentation. As a bonus track we’ve included Williams’ wonderful arrangement of the Fain/Webster song, “A Certain Smile,” which appears as source music in the film in an important scene.

Patrick Williams has had an amazing career that is still going strong today. He began scoring films in 1968 with How Sweet It Is, and since then he’s been prolific in both film and television – here is just a small sampling of his great work: Don’t Drink The Water, The Streets Of San Francisco, Incident In San Francisco (my personal favorite), San Francisco International (apparently Pat was the go-to guy for all things San Francisco), The Magician, The Harrad Summer, Cannon, Mary Tyler Moore, The Bob Newhart Show, The One and Only, Casey’s Shadow, The Cheap Detective, and many more. Williams, like Quincy Jones, Johnny Mandel, and Lalo Schifrin, also crossed over into the worlds of arranging for singers, as well as jazz – his jazz/big band albums are fantastic and highly recommended – Dreams and Themes, Threshhold, 10th Avenue and Sinatraland.