'Over My Shoulder - The Jesse Matthews Story' 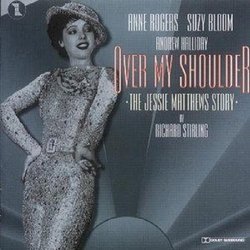 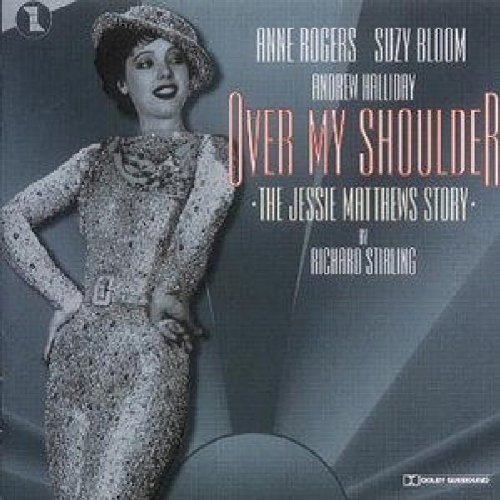 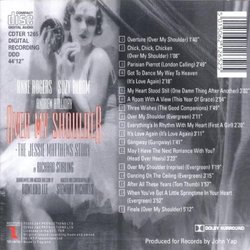 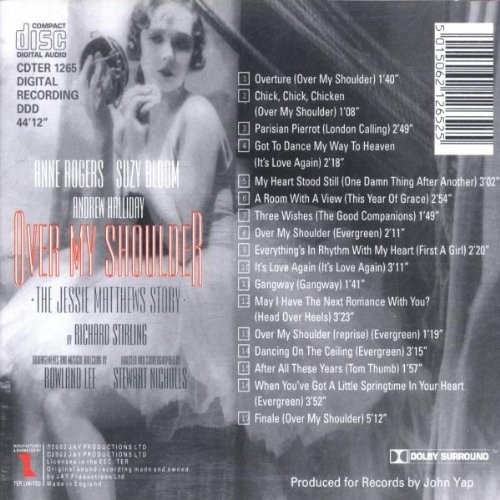 Soho-born Jessie Matthews was the British musical star of the 1930s, who went on to radio fame in the 1960s playing Mrs Dale in the long running “The Dales” for the BBC. The older Jessie is performed by another West End legend - Anne Rogers, who created the role of Polly Browne in “The Boy Friend” in London, and played this role for nearly four years. Anne went on to Broadway to take over from Julie Andrews in “My Fair Lady” followed by two and a half year as Eliza Doolittle at Drury Lane Theatre. Other West End starring roles in the 1960s include “She Loves Me”, “I Do, I Do” and “No, No, Nanette”. Anne has lived and worked in America for the last 30 years and it is a pleasure to have her back at the recording studios after such a long absence. All the classic songs associated with Jessie Matthews are featured on this CD: Over my shoulder, My heart stood still, A room with a view, Parisian Pierrot, Three wishes, Dancing on the ceiling.