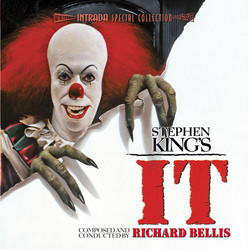 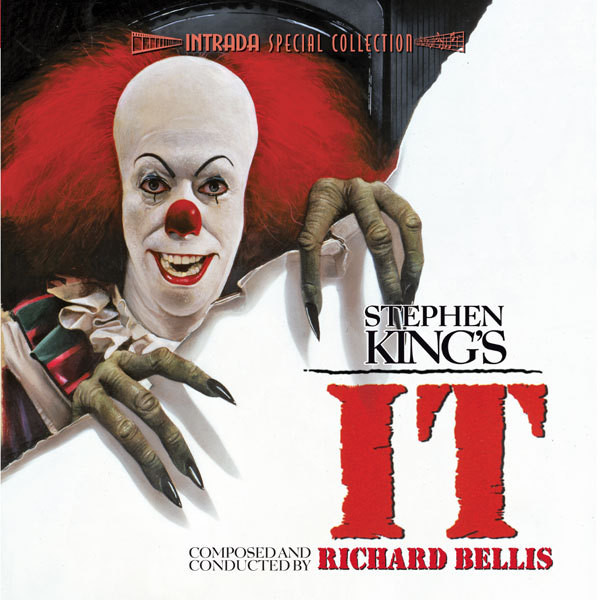 Richard Bellis anchors his score not with a single theme, but two primary ideas. One dominates but the other takes front and center in key situations. The first theme is a melancholy line heard in the first track (“Main Title”), played in full by solo trumpet over strings in the minor and quoted in part throughout the score. The second theme identifies the circus environment and plays in the major, appearing judiciously in the score but actually becoming the memorable “End Credits” music. In between is an abundance of ideas that range from warmly nostalgic to brightly heroic, from gently sinister to intensely frightening. Yet no matter where the score goes, those two principal ideas always stay close at hand, lending the entire score a cohesiveness not always found in such lengthy scoring assignments.

As is typical with television scoring, there are numerous cues that play for mere seconds, sometimes to usher in a commercial break, sometimes to bridge one scene into another. In fact, some 80 cues were written and recorded, a significant number by any standard. But atypically, nearly all are used as they were originally intended in the film.

For this release of the score, Intrada had access to the composer’s own live two-track stereo session mixes made directly onto DATs, recorded by Avi Kipper at Universal Studios’ scoring stage. Though the studio is somewhat small, Kipper managed to get a strong, crisp recording with the orchestra and synth sessions, enhancing the room size with a slight amount of stereo reverb at the time. For our release, we have retained the ambience of the sessions and have not applied any additional processing with the solitary exception of adding some very slight equalization to the low-end frequencies to assist the dynamics of the once state-of-the-art (but certainly vintage by today’s standards) array of electronics.

Our assembly follows picture sequence. Each CD represents one part of the picture, opening respectively with the “Main Title” and closing with the “End Credits,” as did both parts of the show. Each disc, therefore, can be played separately (and satisfyingly), though there is additional satisfaction in listening to both discs as a whole. There are four cues that technically qualify as “source” pieces, but we elected to include them in sequence rather than relegating them as “extras.” One introduces the crucial circus material and, as such, feels welcome in the score. (Since it was composed for source purposes, no ending to the cue was recorded. We have simply added a “board fade” to musically exit the cue.) Two of the other pieces (“Bedroom Jazz Source” and “Guillory’s Muzak”) are lazy, smoke-tinged jazz numbers that, besides offering musical contrast, are terrific numbers unto themselves. The final source cue (“Richie’s Talk Show Play-Off”) is a brief quasijazz number that seemed a tad lonely when left as the solitary extra at the end of the entire album—so it’s included where the composer intended. (Tiny Footnote: For those who enjoy the “Cue Assembly” details, please note the term “Edit” in brackets does not indicate a deletion of any music but simply identifies cues where large gaps of silence within the cue (intended purely for lines of dialog) were recorded “live” during the actual sessions and have been removed for listening purposes.)

Bellis writes with attention to the introduction of motifs and tiny ideas, how they will work within the greater score and what his overall musical arc will be. This allows several smaller cues to be joined musically to create larger ones, while retaining the overall architecture of the score as a whole. As a result, when listening to this score in sequence—even with the inclusion of brief cues spread out over nearly 100 minutes—the listener will find a certain weight to the total experience. Starting in a gentle Americana mode, the music takes the listener on a long journey “out there,” explores something evil, becomes scared, engages in a powerful life-ordeath battle and finally brings everyone back home.

Brace yourselves, try to have a safe trip…and enjoy the ride!