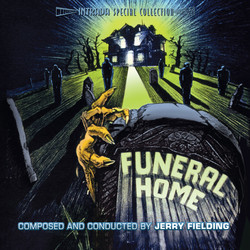 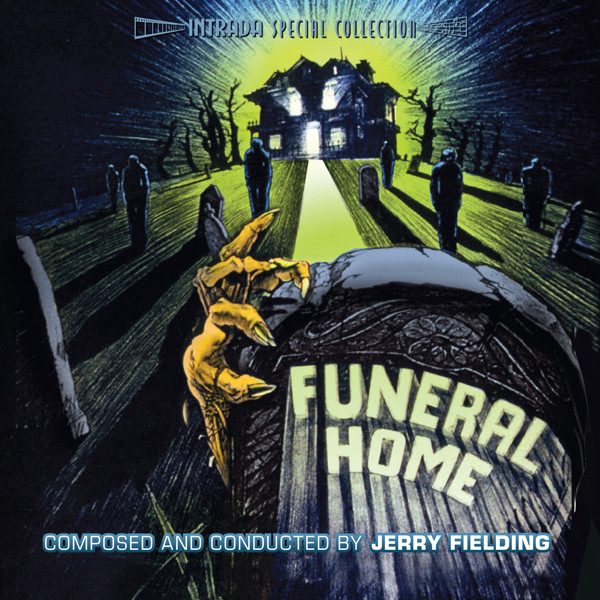 An important world premiere! Jerry Fielding's final film score makes it to CD! In his lone foray into literal mad killer horror, Fielding wrote a superb score combining elements of his most brittle, intense writing - especially for strings - with his unique sense of atonal brass outbursts of violence. Along with complex piano and percussion writing, the full score is a magnificent coda to a superb, uncompromising composer's career. Our CD features every note of music Fielding recorded, including sequences intended for but deleted from the final production. The album was prepared from the actual 2' 24-track session masters stored in superb condition by the Canada film licensors. Recorded under jurisdiction of the Canadian Musician's Union, our production costs are considerably higher than normal. What we have here is literally a labor of love. What you'll get in return for the higher retail price is Fielding's final work in sensational stereo audio, including all of his source cues for organ and brass. Jerry Fielding conducts. A genuine treasure in the Intrada Special Collection!
Tech Talk From The Producer…

Jerry Fielding never compromised his music for film. Whatever the filmmakers’ needs, he wrote what he felt was the “right” score. It was this uncompromising and often daring approach to scoring a film that attracted the producers of Funeral Home. Though a low-budget effort, the producers of the film were willing to pay to have Fielding on board. They even afforded him a full orchestra and top studio facilities to record in. Ironically, Funeral Home would become Fielding’s own epitaph of sorts, with him passing away almost immediately after the last recording sessions were held.

The master elements for this fascinatingly complex and truly frightening score were long thought to be lost. But through a series of events unfolding over a lengthy period of time, the masters were—almost literally— unearthed from the confines of a now dormant movie theater. The soundtrack took a lengthy, circuitous route until, eventually, it was offered to the Intrada label. And finally, in early 2011, one of the film’s producers hand carried several rolls of 2” 24-track session masters to my office door. I am not making this up.

So, to prepare this premiere release of Jerry Fielding’s very last score, we had access to the entire recording sessions in all of their glory, on 24 distinct and fabulous tracks, unmixed and waiting to become brand new two-track stereo mixes for our CD. With audio engineering partner Joe Tarantino, we meticulously mixed down virtually every cue in his studio, assigning instruments to their respective positions in the orchestra as per the original engineering paperwork. The notes were very specific, allowing us to faithfully mix the cues as if Fielding were present. The resulting orchestral detail is stunning. Fielding was a master at using various solo colors from his woodwinds, clusters of tight harmonies in his brass, tiny metallic hits from the triangle, sharp rolls in the snare drums, florid harp passages, challenging figures for strings, brittle melodic ideas, you name it. His music was unique. And having the actual unmixed elements in our hands allowed us to bring out the best in what Fielding strove to achieve in what would become his very final recording sessions.

We have sequenced the cues in the exact order Fielding intended. The film itself drops several sequences, including most of the “Main Title,” for example, and also repeats sections of others quite often. We have not attempted to recreate any of the post-production editorial changes on the music and are presenting all cues complete and unaltered, just as Fielding composed and recorded them. For “The Extras” segment of our CD, we have included brand new stereo mixes of every single “source” cue scored by Fielding, including his own numbers as well as his arrangements of such appropriate pieces as “Rock Of Ages,” heard here both in versions for organ alone and with an entire brass ensemble in tow.

We are honored to release this complex and exciting score for the first time. And we genuinely appreciate your support of this important release. Thank you. Now let Jerry Fielding send you musically to a most frightening Funeral Home. Enjoy!