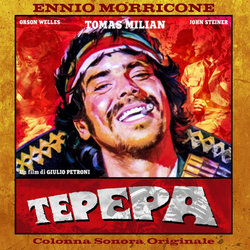 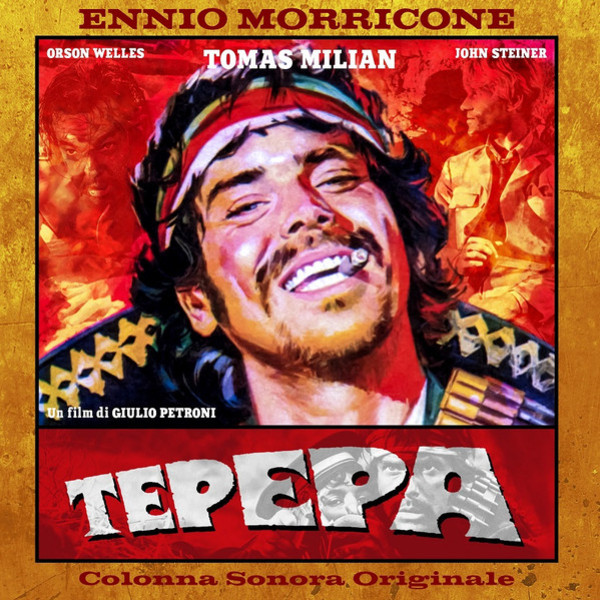 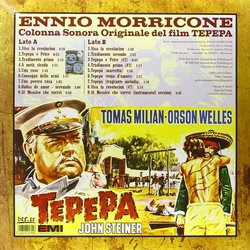 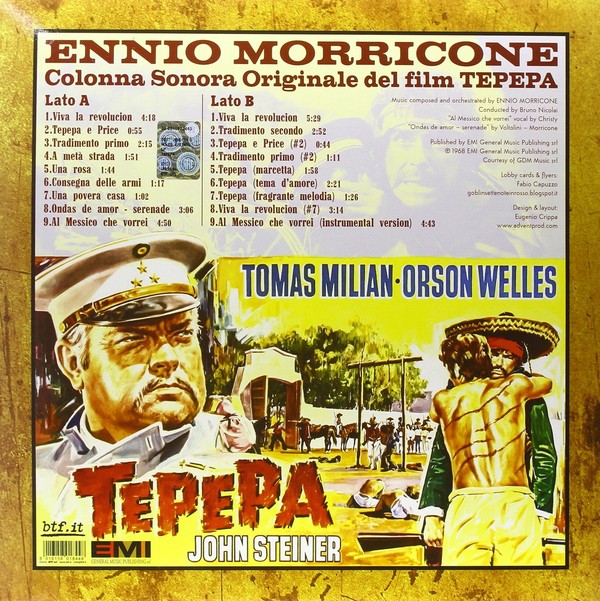 Limited 180gm clear orange vinyl LP pressing. Although this wasn't directed by but Sergio Leone, but by the less known Giulio Petroni, Tepepa is one of the best films in the spaghetti western genre, thanks to a perfect storyline, a trio of exceptional actors and, finally, Ennio Morricone's soundtrack. The protagonists are in fact the immovable doctor John Steiner, the histrionic revolutionary Tomas Milian and the massive Colonel Orson Welles, a unique and practically unrepeatable combination, however directed in a 'leone-ish' way by Petroni, who often focuses on large panoramas and close-ups on the character's faces. As always, Morricone means quality: for Tepepa the Maestro creates a memorable soundtrack, dominated by strings and, curiously, by the acoustic guitar! Reissued several times on CD, this album has awaited for a vinyl reprint for 35 long years! When the film was premiered in the theatres (1969) just a the single 45rpm 'Viva la Revolucion / In Mexico I would like' were released; both songs are of course included here, the second of which is sung by Christy (stage name of Mary Cristina Brancucci) in a very heart felt and compelling way.