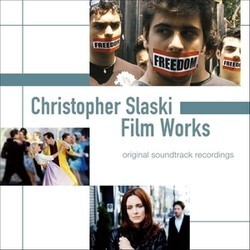 Quartet Records presents a whole CDs worth of showcase from the career of young British composer Christopher Slaski.

Born in 1974, Christopher Slaski built a truly international career over the last few years by sharing his time between his studios in London. Christopher graduated in Music from Cambridge University where he studied composition with Robin Holloway, then he obtained a postgraduate diploma in Composition from the Royal Academy of Music in London. Slaski also studied conducting with Lawrence Leonard (conductor of the Halle Orchestra) and attended film scoring master classes given by Ennio Morricone at the Academia Chigiana in Sienna and José Nieto in Madrid. Now you can hear for yourself. The album is accompanied by a 12-page booklet written by Gergely Hubai in close collaboration with the composer. The notes describe all the projects in great details, based on the composers own recollections of this rich and versatile career.