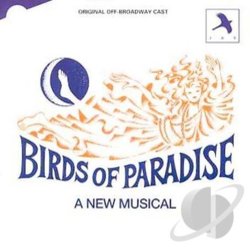 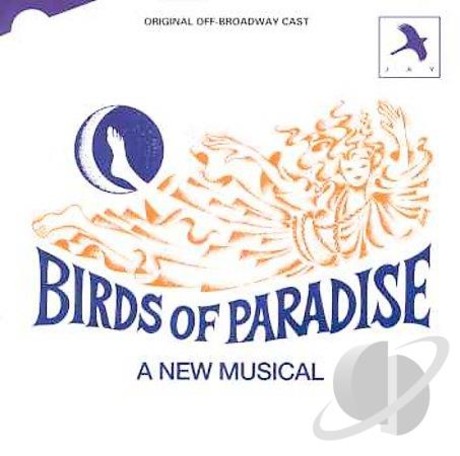 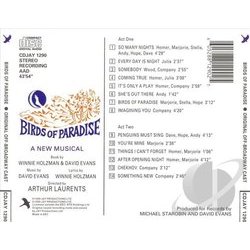 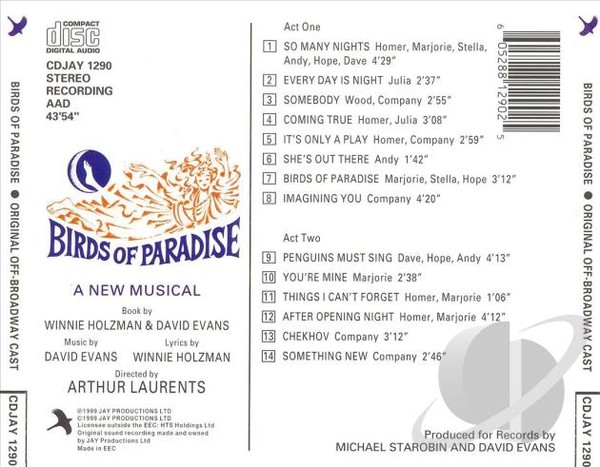 This cult musical played Off Broadway, New York in 1987. Cast from strength, this amazing musical features Tony Award Winner Donna Murphy and Broadway stars such as Crista Moore, John Cunningham, Todd Graff and Barbara Walsh. The show was directed by the legendary Arthur Laurents who wrote such classics as West Side Story and Gypsy. BIRDS OF PARADISE is the story of the Harbour Island Players, an amateur theater group whose lives are turned upside down when a professional actor, down on his luck, decides to direct and star in one of their productions. This CD is a must for all Show Music collectors.