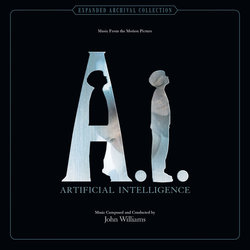 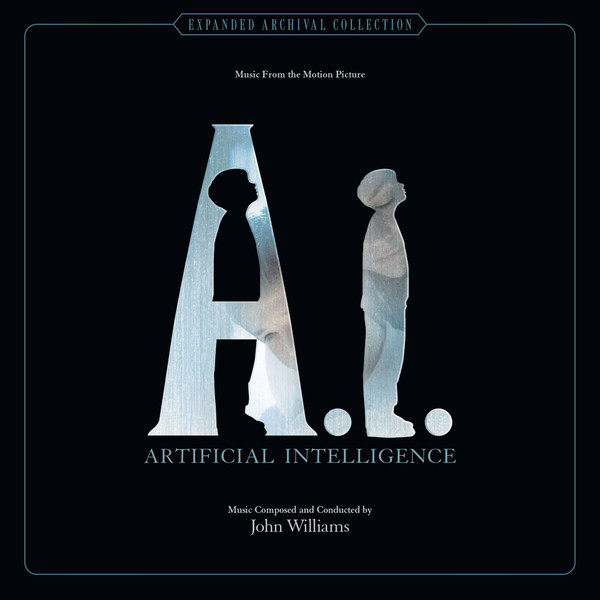 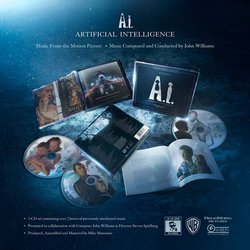 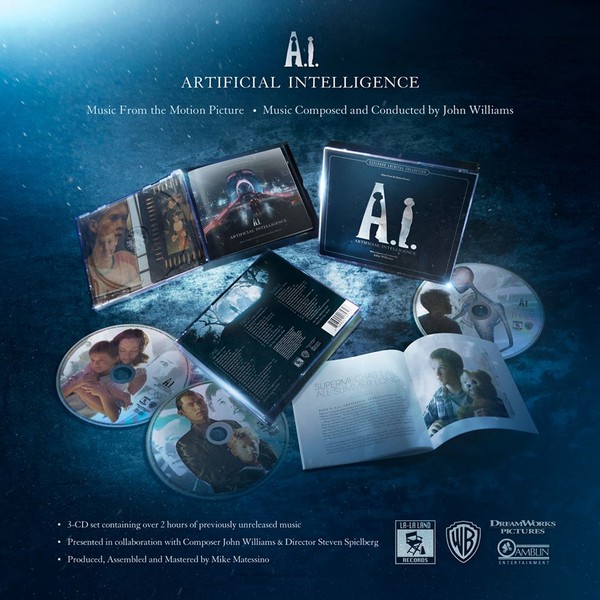 La-La Land Records, Warner Bros. and WEA proudly present the latest offering in our Expanded Archival Collection, maestro John Williams’ (JAWS, STAR WARS, EMPIRE OF THE SUN, SCHINDLER’S LIST), Oscar-Nominated original motion picture score to the acclaimed 2001 Warner Bros. science-fiction drama A.I. ARTIFICIAL INTELLIGENCE, starring Haley Joel Osment, Jude Law and Frances O’Connor, and directed by Steven Spielberg. The legendary Spielberg-Williams collaboration gives birth to yet another masterful score – one that is complex, lyrical and deeply haunting. Considered one of the most moving and spectral works of Mr. Williams’ career, this astounding piece is finally given the deluxe treatment it has always warranted with this stunning 3-CD presentation. Produced, assembled and mastered by Mike Matessino, with the cooperation of the composer and the director, this limited edition release of 3000 units presents the Film Score across two CDs, with a third disc of Additional Music. Exclusive, in-depth liner notes by Jeff Bond take you behind the thought-provoking film and its score, while classic art direction by Jim Titus rounds out this must-have experience - one that will be treasured by all film music enthusiasts.