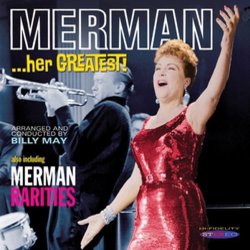 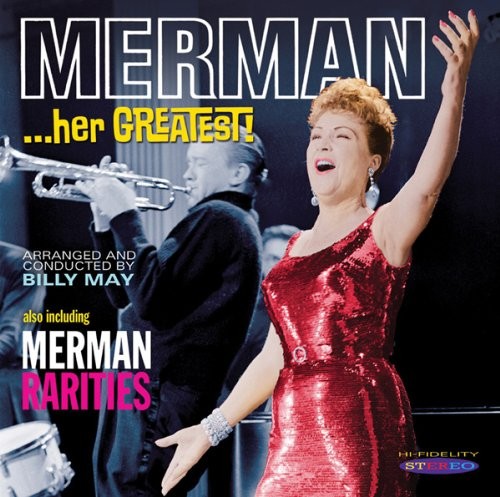 First time on CD and digitally re-mastered is this Ethel Merman album recorded with Billy May's swinging and inventive orchestrations. Merman classics such as 'I Got Rhythm', 'I Get A Kick Out Of You', 'You're The Top' and 'Friendship' emerge with a fresh, irresistible appeal that should win them renewed appreciation. Bonus tracks are from various sources - the Merman 1959 TV special 'Merman on Broadway', Merman 'live' at the Flamingo Hotel in Las Vegas and the final two tracks from a very special radio broadcast in 1937 as a tribute to the then recently departed George Gershwin where Merman sang 'live' remembering her friend and mentor.