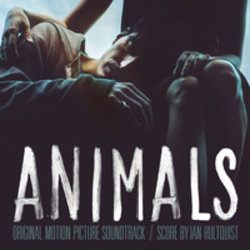 ollin Schiffli [director], David Dastmalchian [screenwriter/lead actor], and I spent almost a year talking about ideas for the score, before they had even started shooting, said Hultquist. From our very first meeting together, we all agreed that we wanted the score to be a significant part of telling Bobbie and Jude's story.

Between the first script draft in 06 and the final cut of the film in 14, music was one of the most prolific inspirations in the creation of Animals, said Dastmalchian. Im thrilled that you will be able to listen here to both the music that inspired the film and the music inspired by the film. My good friend and collaborator, Ian Hultquist, has composed an amazing original score that evokes the pulse of Chicago and the intense emotions of Jude and Bobbie.

ANIMALS is about Bobbie and Jude who are a young couple living in their broken-down car parked alongside Chicago's Lincoln Park Zoo. Their days are a continuous ritual of theft and scoring until they must confront the difficult truth of their relationship after one of them is hospitalized.

This is a love story, and the music had to uphold that relationship, Hultquist described. On top of that though, the music had to shift between helping the characters escape out of their reality, while being able to immediately pull them back down into the grime again.

Born in San Diego, raised in Chicago, Ian Hultquist developed an intense passion for music & film from a young age. He pursued this interest by attending Berklee College of Music in Boston, from which he received a degree in Film Scoring and Composition. A founding member of the indie bands Passion Pit & Aislyn, Hultquist continues to write music for film, commercials, and other musical projects either from on the road or from his home studio in Los Angeles, CA. His film projects include THE DIABOLICAL, which premiered at SXSW in March and the documentary THOUGHT CRIMES, which debuted at Tribeca Film Festival in April.

There are a few different themes that are prominent throughout the film, Hultquist explained. We have those few dark scenes that really show the couple hitting bottom. We have the beautiful, shimmery pieces that reflect their escapism. But, most importantly, we have their love theme: The Ballad of Bobbie & Jude. This is the fingerpicked guitar piece that is hinted at a few times throughout the film. We never let the audience hear the full piece until the very end, or until we've come to a full realization of their relationship.