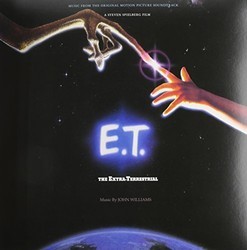 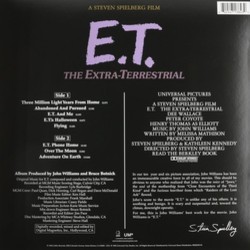 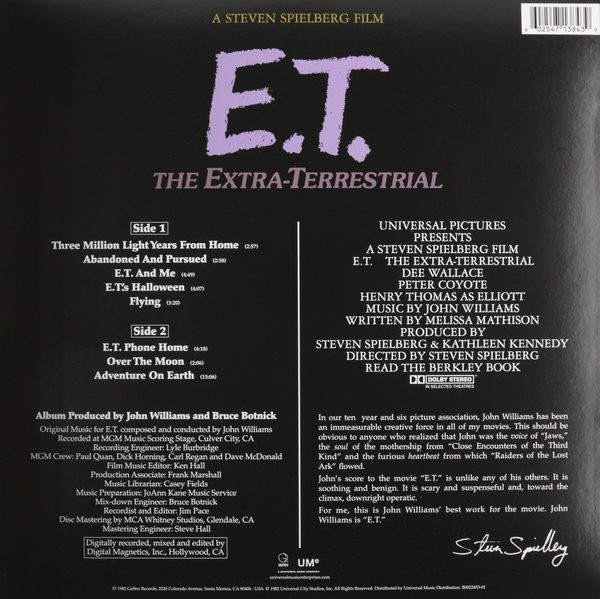 Vinyl LP reissue of the soundtrack from the classic 1982 Steven Spielberg film. The score was the fourth in history to accomplish the feat of winning the Oscar, Golden Globe, Grammy, and BAFTA (the previous two, STAR WARS and JAWS, were also composed by Williams, who remains the only person to have won all awards for the same score more than once).