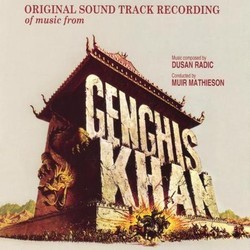 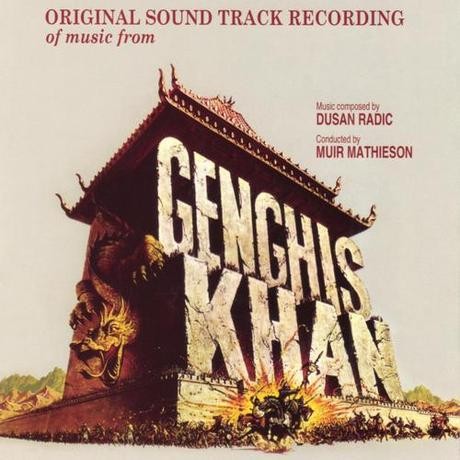 I ALLOW YOU TO LIGHT THIS LAST SPECTACLE

Kritzerland is proud to present a new limited edition soundtrack, one of our two final releases for 2010 this one a world premiere CD release:

Genghis Khan hit movie screens in 1965 at the tail end of a ten-year run of epic films on epic subjects. While not up to the classics that had preceded it (Ben-Hur, The Ten Commandments, Spartacus, El Cid, and others), it wasnt really trying to be  in fact, it was more of a boys adventure film, but with a little sex in it. It was one of many multi-national films made at the time, with an irresistible cast of actors, including Omar Sharif, Stephen Boyd James Mason, Robert Morley, Francoise Dorleac, Telly Savalas, Eli Wallach, Woody Strode, Michael Hordern, and hordes of extras splashing across the Technicolor and Panavision screen. As to historical accuracy  well, no. As to entertainment  well, yes, especially seen today. Its one of those they dont make em like that anymore movies and one looks back on some of these films rather fondly. The film did not do well at the box-office and wasnt well-reviewed, but seen today its a really fun adventure yarn.

Helping the film enormously is the grand, robust, and adventure-filled score of Dusan Radic. A Yugoslavian composer born in 1929, Radic had previously scored many films in his home country, as well as being very prolific in the classical world, but became known in America with two 1960s films  The Long Ships and, a year later, Genghis Khan, both of which thankfully received LP releases. Those LP releases were must-haves for those who loved and collected soundtracks back then. The score of Genghis Khan is real old-fashioned movie music  music in classic adventure mode with themes galore, whether a heroic march or a beautiful love theme. Radics music propels the film from scene to scene, which helps the pace of the two-hour plus film immeasurably. Its a shame Radic didnt continue to work on American films.

The original soundtrack release of Genghis Khan was on Liberty Records. For this first release on CD weve used the original album masters housed in the vaults at Capitol/EMI. Although there was both a mono and stereo LP release, both were, in fact, mono  a stereo release simply never existed  we present the CD in mono as it was recorded. We also include two bonus tracks formerly available only on an overseas pressing of the LP soundtrack. It is a treat to bring the music of Dusan Radic and Genghis Khan to a new generation of soundtrack fans  just as with the film (they dont make em like that anymore), so it is with Dusan Radics score  they dont write em like that anymore.