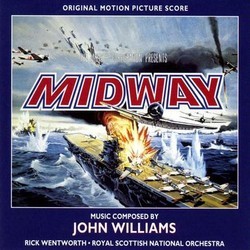 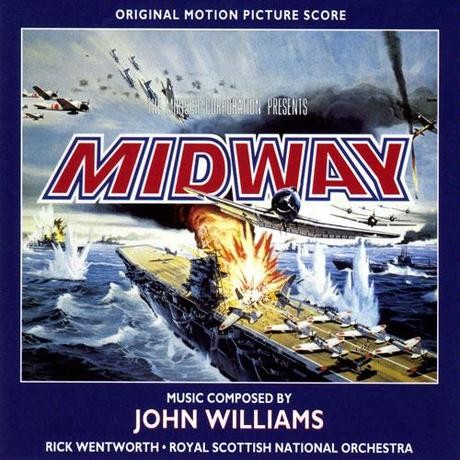 Nascondi le recensioni in altre lingue
Midway - 06/10 - Revisione del Tom Daish, presentato a 2010-10-02 13:11:08 (Inglese)
I honestly didn't expect there to be any John Williams titles in Varese's excellent set of re-recordings, but when I heard that they were going to be recording Midway, I was extremely pleased and looking forward to it immensely. Unfortunately, Midway isn't the kind of exciting wall to wall, thematic scoring from John Williams we all expect and the whole thing comes across as being rather disappointing on the whole. One of the biggest problems is that, in common with many 1970's films, it was quite sparsely scored, more akin to the way Goldsmith's Patton was scored with the occasional short track at important moments in the film. Unlike Patton, Midway's tracks are even shorter and there is less chance of development of the themes and so short of a few bursts of the Midway and Men of the Yorktown Marches, there are exactly any moments of great tunefulness. Admittedly, both of these marches are supremely good and are both reprised in kind of abridged concert versions for the end credits. I was bitterly disappointed to find that the full concert version of the Men of the Yorktown March had been omitted as this is something I've been looking forward to for a long time and I think it was a slight oversight on the part of the producers to miss off the two concert arrangements which could either have started or ended the disc, especially since the rest of the score only runs to 35 minutes.

There are a few moments of interesting and quite brutal action, but these never last more than a minute or so and the time for the quieter tracks to go by seems somewhat interminable and while hoping that something interesting or exciting might be just around the corner, this never really comes. I guess this is a case of a score giving you something, but making you want so much more. I suspect that had Williams scored this in the 1980's and the film had contained more music, it would go down as a classic, but as it stands it will most likely be remembered for the two outstanding marches which probably have more impact in the last five minutes than the rest of the score put together.

I would still like to thank Varese for making this score available, I do wonder if it's one of those scores that improves with each listen, but as it stands it makes a quite interesting for-runner to Williams later and more impressive achievements. The performance is excellent, Rick Wentworth proving himself to be just as capable as Debney and McNeely, of course having the superb RSNO helps I'm sure! I was quite surprised that Joel McNeely wasn't asked to conduct this score given the similarity between much of his early work and Williams, I'd have thought he would have the Williams 'feel' but on listening there can be no complaint in the interpretation department.
Midway - 06/10 - Revisione del Lammert de Wit, presentato a 2011-01-14 22:55:15 (Olandese)
Midway, een oudere film over de grote Amerikaans-Japanse slag in de Stille Oceaan tijdens de tweede wereldoorlog. John Williams schreef de muziek voor deze film.