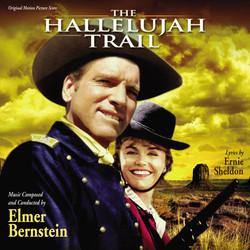 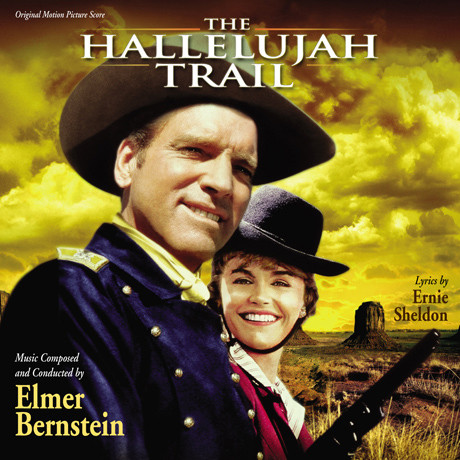 Acclaimed Director John Sturges (The Magnificent Seven, Bad Day At Black Rock, Gunfight At The O.K. Corral) turns the legends of the west upside-down in this rip-roaring western comedy about the year Denver was nearly devastated by a drought  of whiskey  and had to have forty wagonloads imported through very harsh  and very thirsty  territory!

Elmer Bernstein`s score is a classic. Enormous in scope, this music is as big as the whole outdoors. Sweeping, exciting and a whole lot of fun, this legend of the west really came out firing for this 1965 satire.

Much as we would love to be offering a deluxe and expanded edition of this wonderful score, it`s just not in the cards for this one. The only known set of masters, beyond the original LP master used here, was irreparably damaged over a decade ago.

This Masters Film Music release of Elmer Bernstein`s vast and panoramic The Hallelujah Trail is not to be missed.