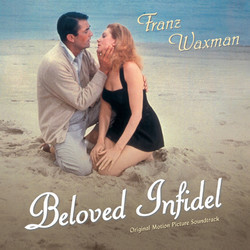 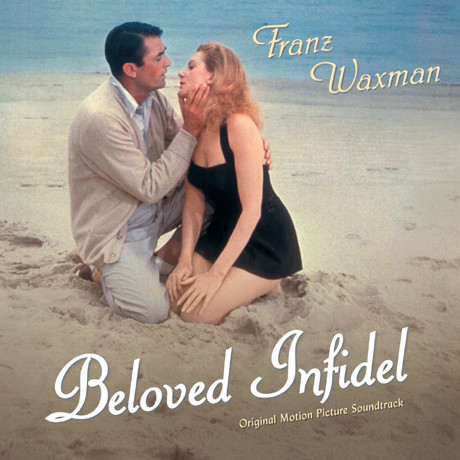 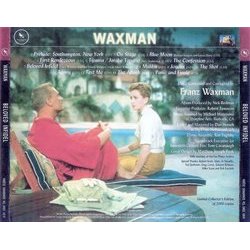 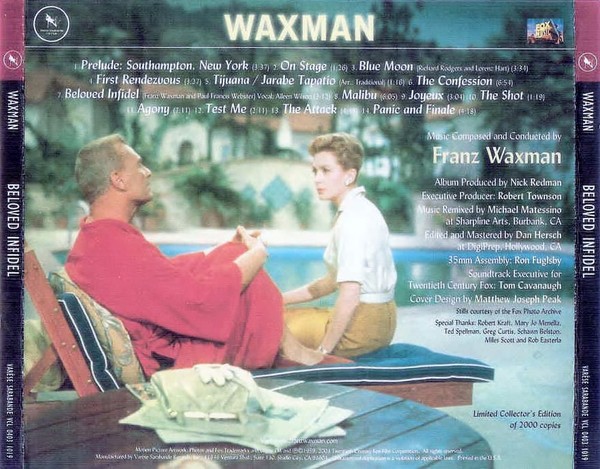 Varese Sarabandes catalog of Franz Waxman scores grows by one with this under-appreciated classic.

Beloved Infidel proved to be the penultimate film from director Henry King (The Song of Bernadette, Captain from Castile). The director (who had been working in Hollywood since 1915!) would have only 1962s Tender Is The Night follow it. Kings pictures had a long history of featuring remarkable scores. The Snows of Kilimanjaro, The Sun Also Rises, The Black Swan, Untamed and Love Is A Many-Splendored Thing among them, Beloved Infidel proves to be one of the finest.

Gregory Peck and Deborah Kerr starred as F. Scott Fitzgerald and Sheilah Graham in a bittersweet love story told amidst the waning years of Fitzgeralds life and career in Southern California.

Franz Waxmans score is passionate and achingly beautiful. Waxman was in his usual top form in 1959, the same year he composed his acclaimed score for The Nuns Story. Featuring one of the composers finest love themes, Beloved Infidel is certainly among the most egregious omissions from the Waxman discography. This restoration, produced from original materials from the Twentieth Century Fox archives, redresses the situation and brings this ravishing score the attention and treatment it has so long deserved.