Bananas / Everything You Always Wanted to Know About Sex 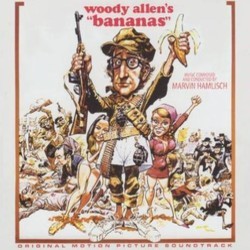 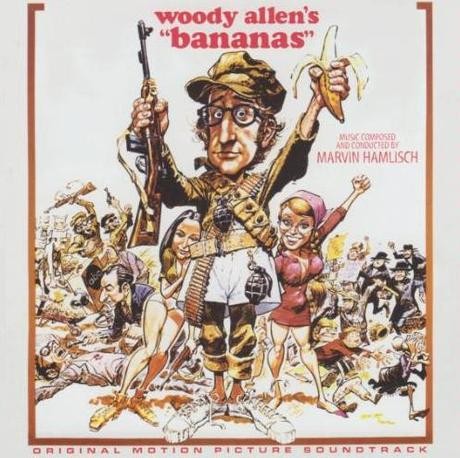 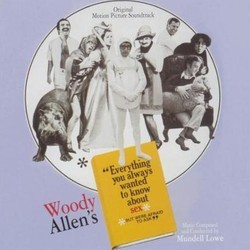 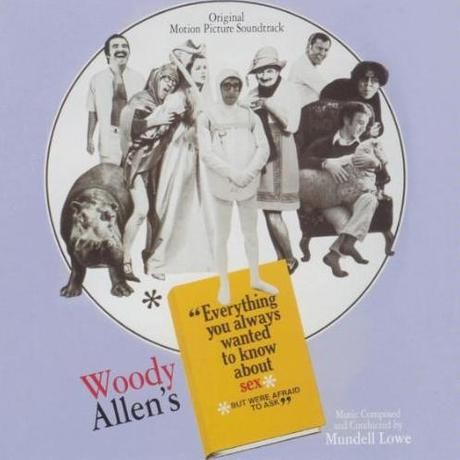 Everything You Always Wanted to Know About Sex * But Were Afraid to Ask (1972)
THE EARLY, FUNNY ONES

Woody Allen’s Bananas was his second film as a director (following Take The Money and Run – and discounting What’s Up, Tiger Lily, a Japanese film for which he provided his own hilarious plot and dialogue). While he was still finding his footing as a director, Bananas had one huge laugh after another, literally every couple of minutes. In both dialogue and physical comedy Allen was already proving himself a unique comic genius of a filmmaker. To score his film he turned to Marvin Hamlisch, who’d provided the score to Take The Money and Run. Hamlisch, who was just starting out as a film composer (he’d only done Run and The Swimmer), turned in a fantastic score that perfectly fit Allen’s humor. Starting with the main title, with its infectious song “Quiero La Noche,” the score is chockfull of catchy tunes in a variety of styles ranging from a beautiful love theme to action music to music that’s simply, well – Bananas. It’s a great score from start to finish.

Allen’s followup to Bananas was Everything You Always Wanted To Know About Sex *But Were Afraid To Ask, which was based (not really) on the best-selling non-fiction book by Dr. David Reuben. Allen simply took chapter titles from the book and wrote a series of sketches based on those titles, and had his comic way with them. Some of the material ranks with Allen’s funniest, especially the opening segment, “Do Aphrodisiacs Work” with Allen as a court fool telling awful jokes and trying to get into the Queen’s chastity belt after giving her a strong love potion, as well as segments about a giant breast run amok, and Allen as a reluctant sperm. The score to Sex was written by Mundell Lowe, a jazzman and a fantastic guitar player who’d worked with Billie Holiday, Lester Young, Charlie Parker and a whole slew of other jazz greats. His films include Satan In High Heels, Tom Laughlin’s Billy Jack, and TV shows like The Wild, Wild West, Hawaii Five-O, and Starsky and Hutch. From the jazzy baroque stylings of “Do Aphrodisiacs Work” to the cool sounds of “Do Some Women Have Trouble Reaching Orgasm” to the classic horror music of “Are The Findings of Doctors And Clinics Who Do Sexual Research Accurate?” to the romantic music of “What Is Sodomy,” Lowe’s music is really outstanding and captures all the moods and styles of the film – it’s a terrific score. Sex would be the last original score to a Woody Allen film until 2007’s Cassandra’s Dream.

Both scores have been mastered from the original materials – Bananas from the four-track session tapes, and Sex from the original master tapes that were prepared for an LP release that never happened. Both sound great and are in stereo. Additionally, as a bonus track we offer the “Main Title” music for Woody Allen’s Sleeper, a great rendition of “’Tain’t Nobody’s Bizness If I Do” played by Woody and the Preservation Hall Jazz Band. There are also three additional bonus tracks – the original film version of the Bananas “Main Title” (which has sound effects not present on the session tapes), the record version of “’Cause I Believe In Loving,” and a demo version of “’Cause I Believe In Loving” sung by composer Marvin Hamlisch.

So, relive the sheer lunacy that was Woody Allen in the early, funny ones, with two great scores on one great CD.