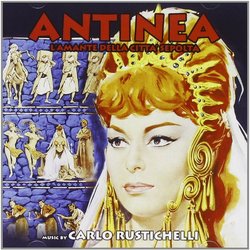 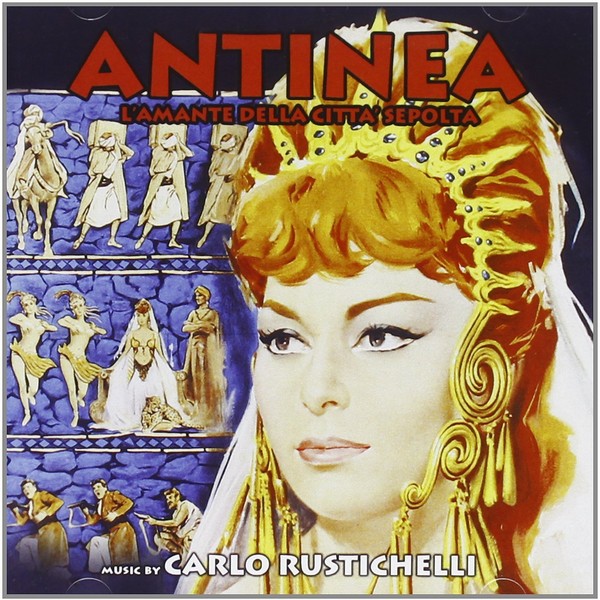 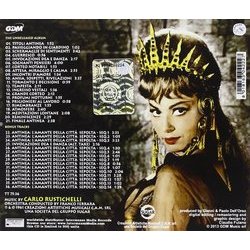 Antinea, l'Amante della Città Sepolta (aka JOURNEY BENEATH THE DESERT ), 1961, is a fantasy movie directed by Edgar G. Ulmer and starring Jean-Louis Trintignant, Haya Harareet, Georges Rivière, Rad Fulton, Amedeo Nazzari, Giulia Rubini, Gabriele Tinti, Gian Maria Volonte.
While flying in a helicopter over the mountain area of Hahggar on the eve of an atomic test, three geologists are forced to an emergency landing by a sudden storm. After taking refuge in a cave, they saved a Tuareg named Tamal (Nazzari) from drowning. Tamal promises to help them, but during the night he comes back with his fellow tribe men and the three were captured and led into a deep cave inside the mountain, where there is a mysterious palace. Here the three men become aware of what remains of the ancient ruins of Atlantis and they meet its queen, Antinea (Harareet). The queen is a cruel woman who, in vain hopes to meet ideal lover for eternity, slaughters and petrifies her unlucky suitors. The mythical kingdom of Atlantis, that sunk into the sea in the mists of time and later emerged from the sands of the desert, is now threatened with destruction by the impending nuclear power experiment. Realizing that the underground city is located in the area of the explosion, the three men are trying hard to convince the queen and, her right arm, Tamal, of the imminent danger. The pilot John (Rivière), who is guilty of attempted escape, is tortured, killed and melted into a golden statue.

The engineer Robert (Fulton) is sentenced to work with the slaves in the mines. Pierre (Trintignant), who entered into the good graces of the queen, saves his own life but he can not leave the palace, and eventually is forced to kill Robert. After trying unsuccessfully to convince Antinea of the imminent danger that is going to upset the region, Pierre succeeds to elude the guards with the help of Tamal and he manages to escape with his young maidservant Zinah (Rubies).

The film was shot at Cinecittà in the same period in which the Peplum raged occupying all the studios. The film had a troubled production.The first director Frank Borzage became seriously ill and died at the beginning of the filming. His successor was Edmond T. Greville, and finally the filming was completed by Edgar G. Ulmer (THE BLACK CAT , 1934, with Boris Karloff and Bela Lugosi, THE MAN FROM PLANET X, 1951, and BEYOND THE TIME BARRIER, 1960). Dazzling sets and costumes were inspired by those used by Jacques Feyder, director of L'ATLANTIDE, 1921 (Lost Atlantis).

Carlo Rustichelli wrote an orchestral score with epic themes, mysterious, romantic and adventurous. This long CD (75:36) is made using every note contained in the mono master tapes of the original recording session and also include the music from the LP edited by the composer himself, that was never published.