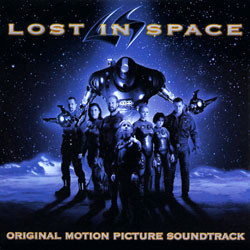 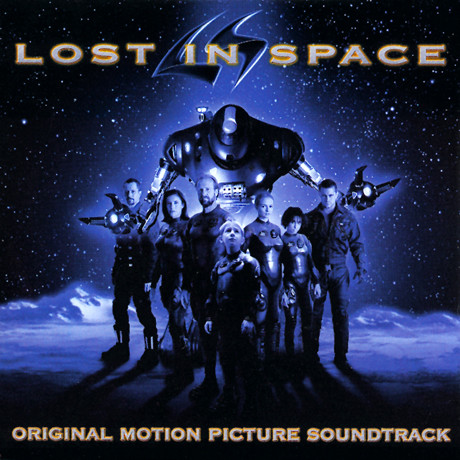 Masquer les avis dans d'autres langues
Lost in Space - 08/10 - Critique de Tom Daish, ajouté le 2010-09-26 13:22:06 (Anglais)
Given the naffness of the original series, it's perhaps unsurprising that when it finally came to the big screen, Lost in Space turned out to be a monumental disappointment. On the other hand, it's solid concept - a family stranded in space - that seems ripe for solid drama and some Star Trek style planet hopping. Indeed, the film's somewhat convoluted time travel story seems more suited to a recent small screen Trek episode than a feature film and despite some impressive effects, the film never really got off the ground. As it were. Had the film succeeded, perhaps Bruce Broughton's career might have been a little more high profile as he contributes a terrific last minute effort and one of the few things in the film that really works. So popular that an expanded release was made available by Intrada less than a year after the original release.
In common with many TVT soundtrack releases, the original Lost in Space album is half songs and half Broughton's score (slightly weighted in favour of the songs), but it does feature many of the best cues. About the only song track of interest to soundtrack fans is likely to be Apollo Four Forty's remix of John Williams' original TV theme (the better remembered one from the third series) which, unsurprisingly, features plenty of window rattling percussion, but isn't too awful for all that. Of course the good stuff is from track nine with the brief Main Title before the more sinister Reprogram the Robot. However, with The Launch Broughton's terrific main theme is presented in its more heraldic and adventurous guise as the Robinson family take to space, perhaps the most robustly enjoyable cue of the entire score; it's just the kind of soaring and majestic cue that ought to accompany every launch.

The shorter album covers some of the best action sequences, particularly the galloping Robot and Spiders Attacks, but here the expanded album comes into its own, linking everything together. The entire Spiders sequence is edited into a longer suite and includes the creepy build up to the attack. Some of the fairly brief cues that cover the Robinson's exploration of the planet into which they crash aren't especially exciting, but Broughton is too good a composer to let the pace flag for long and the extra tracks during the finale are well worth discovering. From the melodrama of Attempted Escape and The Time Portal, to the breathless excitement of Through the Planet (which isn't the same as Thru the Planet on the short version) and the concluding Back to Hyperspace. The album closes with a brief pair of epilogue cues; Fanfare for Will is a great work out for brass, while Lost in Space is actually an expanded version of Thru the Planet from the original disc. Unfortunately, the edits made originally actually seem quite judicious and produce a tight and exciting finale, but it's nice to have two version of the same cue.

It's really no surprise that the expanded edition (cover featured at the top) is quite hard to come by now, but the original album is still widely available. Despite my complaints that many score albums run on a bit, pretty well all of the extended release is worth hearing and the clear choice, but the TVT release does contain most of the best tracks and is certainly still worth obtaining should the Intrada album prove elusive. It also has the advantage of some of the cues being separated (such as Reprogram the Robot and The Launch and combined into a single cue on the extended edition, to no great benefit) and Thru the Planet which is just that bit more exciting (and it truly has underwear soiling energy and momentum) than Lost in Space on the extended release. Whichever you choose/find, it's a great score and the ever reliable Sinfonia of London perform with distinction, captured in splendid sonics.
Lost in Space - 08/10 - Critique de Adam Andersson, ajouté le 2008-01-20 21:25:40 (Anglais)
For me, scores for science fiction movies have always been a bit of a thrill. Listening after good music when watching science fiction movies was an obvious thing for me to do, when I first started out collecting scores. And through science fiction movies I found many of my first scores; Star Wars scores, Star Trek scores and also Lost in Space. This score really caught my attention in the film, but is also a good listen on CD.

Bruce Broughton unleashes a full symphonic score for Lost in Space, a score that at times is as powerful as John Williams Star Wars scores. The score revolves around a strong, heroic and sweeping main theme, first represented in Main Title, built up from a horn solo to full symphonic treatment at the end of the one-minute-long cue. Moreover, the score has not much to offer as far as themes are concerned, but since the main theme is so very strong and memorable, it carries the score without problem.

The score is often carried by brass with strings underneath, or the other way around, with strings carrying the melody and brass supporting. The main theme is the highlight of this score, and the moments when it appears (its plenty of them) is what you're waiting for. In between the performances of the main theme there are mostly rather noisy action music, that has some potential, but nothing special. But when the main theme appears in one of its many guises, this is film music no score collector affords to miss. It is powerful, sweeping, rousing, and spectacular science fiction music.

As mentioned the main theme appears in many guises throughout the score. At first, in the Main Title, performed as a slow hymn, while it in The Launch, which is a rousing build-up cue, is developed in fragments by different parts of the orchestra to the scores' first full performance of the theme by full orchestra. In Jupiter Crashes the theme is performed in a more dramatic, minor key rendition, while rendered very beautifully as underscore in Proteus, in a Gustav Holst-inspired style.

The real highlights of the score, however, is the two last tracks, The Portal and Through the Planet. Here the main theme is allowed to shine throughout, in excellent orchestrations. The Portal offers some great emotional grand music, while the last track is a very rousing fast-paced cue, where the theme shines in both brass and strings, punctuated by brass and percussion all the way through. Absolutely an excellent track.

The downside of this score is the release. The release referred to here, the first original soundtrack release, has only 28 minutes of score on it. The rest of the disc (about 30 minutes) is filled with rock songs that did not feature in the movie. The songs are tucked together at the beginning, however, so it wont interfere with the listening if you skip them. But there is much more music to be had. A second album has been released, with only the score, and that is the one to find first, of course, even if it's getting harder and harder. But, on the other hand, Lost in Space is such an entertaining, rousing, and throughout well-written score, that even if you only can find the soundtrack release, you should still get it. 28 minutes may not be much, and the rock songs really is nothing to have in my opinion, but the score is so good a listen that it alone justifies the buy.
Bande annonce: