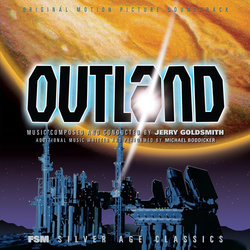 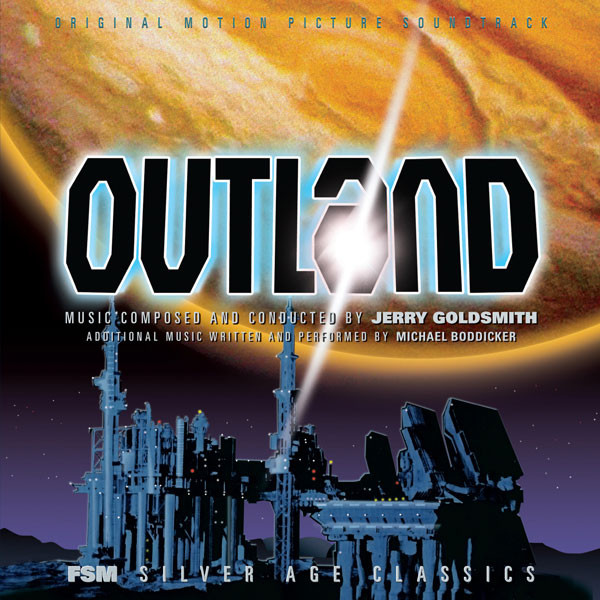 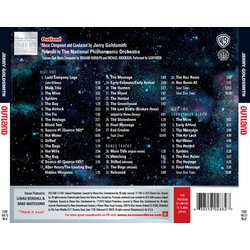 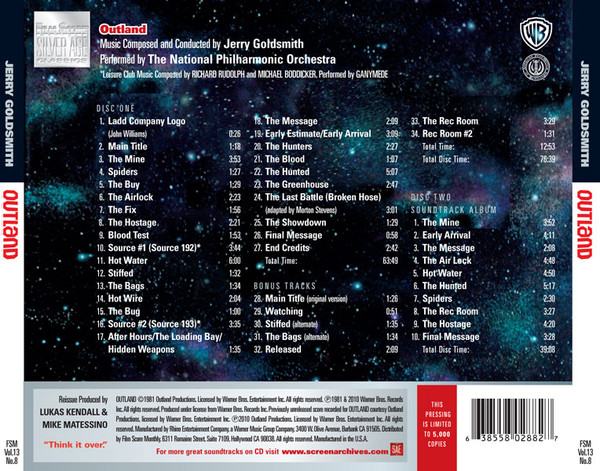 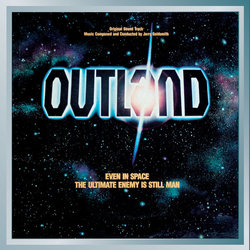 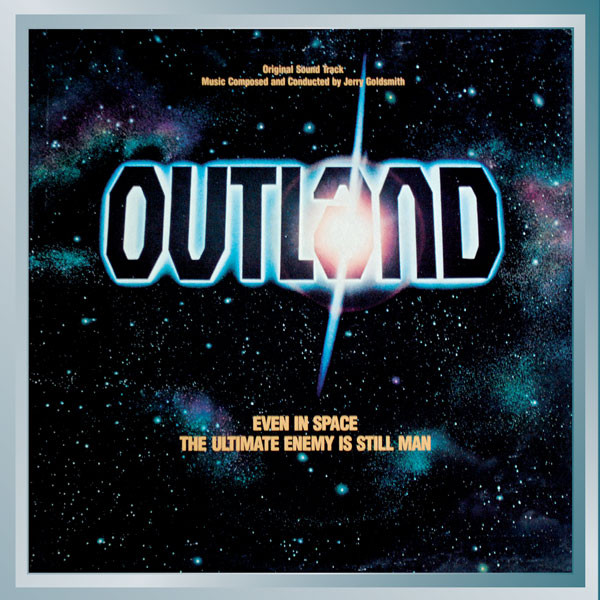 FSM presents the definitive edition of a pivotal Jerry Goldsmith sci-fi score: Outland (1981), for Peter Hyams’s suspenseful “space western” set on an Io mining station in orbit of Jupiter. This 2CD set features the complete score as heard in the film, the 1981 LP configuration released by Warner Bros. Records, and never-before-heard alternates and outtakes.

Outland was written and directed by Peter Hyams, whose 1978 Capricorn One had featured a sensational score by Goldsmith. Sean Connery stars as O’Niel, a Federal marshal whose investigation of suspicious deaths throws him into conflict with the mine’s corporate administrator (Peter Boyle). Something of a cross between Alien (minus the monster) and High Noon (transplanting the conflict to outer space), the stylish film is one of Hyams’s best.

Goldsmith had made a mark on Alien in 1979—a film that Outland resembles in its hardware and atmosphere—and applied many of the same suspenseful textures to Outland. The score oozes menace and mood, evoking not only the dangerous environment of the space station, but the suspense-thriller human relationships (in which nobody is up to any good). Goldsmith’s musical modernism is perfectly tailored for the action scenes, especially a bravura chase through the station (“Hot Water”) which is treated with a Stravinsky-like pulse.

Outland has long been available in a 40-minute album program, but that sequence (recreated for disc 2 of this release) includes alternate takes—and omits many notable cues. Disc 1 of this album features the complete score as heard in (or intended for, in the case of unused cues) the finished film, including such Goldsmith cues as the film’s “Main Title” and action moments in “Stiffed” and “The Bags.”

Disc 1 also interpolates the work of two other composers, who stepped in when Hyams requested changes but Goldsmith was unavailable: Morton Stevens, who adapted Goldsmith’s thematic material for the film’s climactic fight on the exterior of the station (“The Last Battle [Broken Hose]”), and Michael Boddicker, who wrote and recorded the film’s rec room source music. Disc 1 also features a bonus section including Goldsmith’s original versions of these sequences as well as other alternates.

The deluxe 24-page booklet features liner notes by Jeff Bond and Lukas Kendall including new interview comments by Hyams and an essay from Boddicker. Goldsmith’s score has been newly restored by Mike Matessino from the three-track stereo film mixes, with Boddicker personally remixing his tracks. The entire 2CD set has been mastered by Bruce Botnick, Jerry Goldsmith’s longtime recording engineer.
Bande annonce: