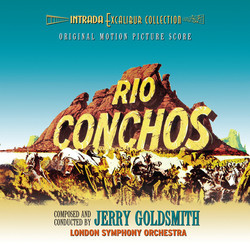 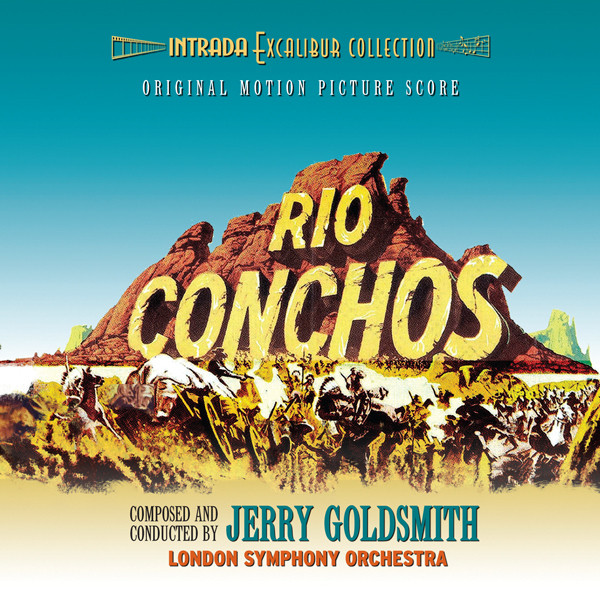 Finally! Remastered - and ever so slightly expanded - reissue of our 1989 re-recording of Jerry Goldsmith's RIO CONCHOS, with Jerry conducting the London Symphony Orchestra for the first time. This recording also includes his complete 'Prologue' from THE AGONY AND THE ECSTASY, which he sub-titled 'The Artist Who Did Not Want To Paint'. The latter piece was prepared for our original album as a world premiere and heard right after our recording sessions in a live concert, Jerry's first such concert at that time. RIO CONCHOS is the 1964 western score that actually introduced what became Jerry's signature style of aggressive action music with dynamic brass writing and powerful percussion sequences. For this new 2013 edition, we have included the brief but stunning major key 'End Cast' that we recorded but subsequently dropped from the initial release, allowing that album to close in a dramatic minor key. The major key finish here admittedly brings a bravura feel to this thrilling work. An additional extra is the original take we made of 'Wall Of Fire', with its fortissimo brass a much more intense and exciting display of activity than the more subdued later take that Jerry preferred and placed on the album. You get both! One final taste treat offers the end cast performance being slated by Bruce Botnick for a take, followed by Jerry speaking humorously to the LSO players, a rarity for the composer during his sessions. In the day, both composer and engineer stated the album was amongst the best sounding they had ever made. It was only the second time Jerry had ever looked backwards to record one of his earlier landmarks, something he had done just once before, happily for Intrada's own ISLANDS IN THE STREAM. RIO CONCHOS now proudly joins our Excalibur Collection of classic film score re-recordings. Jerry Goldsmith conducts the London Symphony Orchestra.