You Are My Sunshine 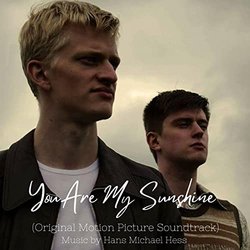 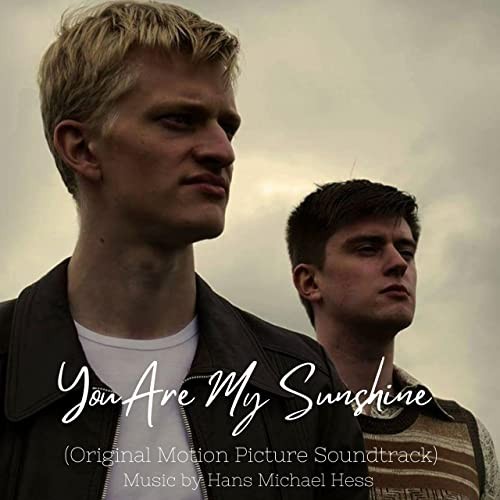 You are my sunshine (Hans Michael Anselmo Hess)

A thin line between romance and tragedy

You are my sunshine is a movie about a homosexual relationship between Tom (Ernest Vernon) and Joe (Charles O'Neill). The storytelling jumps between the start of their romance as 2 young men and their unconditional love at an older age. They get to know each other at work and from that moment they fall madly in love. They try to keep it discrete and secret, as they both live in the same small town and a homosexual relationship is even nowadays still taboo, unfortunately. Nevertheless, when Joe introduces Tom as a friend to his sister Ethel (Rosemary Manjunath), all goes pretty well till she catches them secretly kissing moments later. To her it is so horrifying that she can't deal with it and inevitably their dad get to know about it as well, resulting in a family drama which causes a rupture between Joe and his family. Years later, he tries to reunite with his sister and her son, who's totally ok with the fact that his uncle is gay. Joe's sister, Ethel, still has difficulties to accept it.
When Joe confesses the bad news he got from the doctor, he is diagnosed with cancer and has only little time left to live, everyone is heartbroken and obviously devastated. Can Ethel reconcile with her brother in time? Or will it remain an everlasting dispute?

The music is from award-winning Brazilian born British composer Hans Michael Anselmo Hess (Carnival of Sorrows, Clownface, Sustain, Ö).
This score is very thematic as I'm already used to from him. Almost every character has his theme and I can't appreciate this enough, since it became so rare in contemporary movies, unfortunately. The music is fully electronically crafted but barely noticeable. It sounds very realistic and this is a big step forward since his earlier work, which was already stunningly well done.

I will not describe all tracks because there are a whole lot of them and they are pretty short, mostly. There are a few important ones that got my attention, which doesn't mean that the other ones are dull, not at all. There's always something happening, even in the very few underscoring tracks.
In the first track ďMeadowsĒ the composer introduces us to the main theme. It starts with chimes or a music-box-like sound as accompaniment to the oboe which plays the beautiful melody we get to hear many times and in lots of variations later on. More towards the end, it becomes all a bit more playful and happy, succesfully accompanying the amorousness of young Tom and Joe.
In ďJoe and EthelĒ the music is more sad. Greatly underlining the story between brother and sister that lead to a rupture when they were young.
The oboe, which is kind of the central instrument used by Hess, is back in ďRemembering the pastĒ with a beautiful melody different from the main theme. It's the first flashback scene and the start of the actual story.
We get a new theme, what I'd like to call Tom's theme, in ďLove is loveĒ. There are strings and oboe but with a different melody this time. I think both themes could be combined in some way, they seem to complement each other, in my humble opinion.

This theme returns in the next track called ďA love thingĒ. The piano starts here in a more intimate way and is later joined by the oboe and some strings.
ďBike rideĒ is a very joyful track helping the scene to show how excited Tom is to ride to the love of his life and leads us straight into the next track ďHidden kissĒ. This track is totally different. It doesn't sound orchestral as the rest of the score. It's more ethereal and dreamy, with slow 'cosmic' synthesizer sounds. It's like there's a whole new world opening for both characters, something 'otherworldly'. Great idea from Hess.

So far, the score is very romantic and optimistic, but this is changing as the story goes forth and Joe is confronted with his illness. It comprehensively gets all a bit darker and tragic. The same theme comes back with more sadness than before, for example in ďWhat the future holdsĒ and ďHow long have I got?Ē The theme is a bit broken down, just as the main character who has to cope with his devastating diagnosis. I love the use of choir in both tracks, really. It gave me goosebumps when I saw the scene (SPOILER ALERT!) where Joe visits his father's tomb.

Another beautiful track is ďOne day at a timeĒ. Very intimate with a slow piano reprising the theme, barely recognizable in its simplicity and deconstructed.

But, there is still a glance of hope and eternal love beyond death in ďA unique place in my heartĒ. Same theme but a bit more uplifting again.

And then we have the last track ďOn the hill/StargazeĒ and the bonus track ďGoodbye/StargazeĒ, which is in fact the original version that Hess composed for the ending scene. But because the director wanted a more uplifting score for the scene, Hess then wrote ďOn the hillĒ to replace ďGoodbyeĒ. The ending is sad in either way. So, it's hard to tell which version is more adequate. To each his own, but personally? I tend to prefer Hess's original take. Yes, it's sadder. And perhaps, the director thought it was too sad, that the character fell different and then he probably took the right decision.

Hans Michael Anselmo Hess is clearly a talented composer who is influenced by many different composers, like Newman to just name one. It's also something the director wanted for the movie that already was temp-tracked with Hess's previous music and some of Newman's.

Nevertheless, Hess took Newman only as a 'role model', not as reference to copy from. Although that last scene was temp-tracked with some cues of Meet Joe Black, there's no melodic resemblance, at all. A very difficult task to achieve but Hess succeeded.

After listening to this score plenty of times, I came to a conclusion. Hess might be influenced by many but copying none. He develops his own style successfully, thanks to a varied density of orchestration, which can be a key to write a good score. So, do we hear Newman here? For some of us, film music aficionado's, yes. But only if you are a well experienced listener and connoisseur. If you're one of those, you probably will hear some Bernstein too. If you're just a beginning film music fan, you wouldn't notice this. Or if you do, you're special.