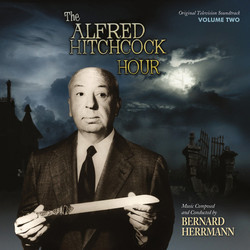 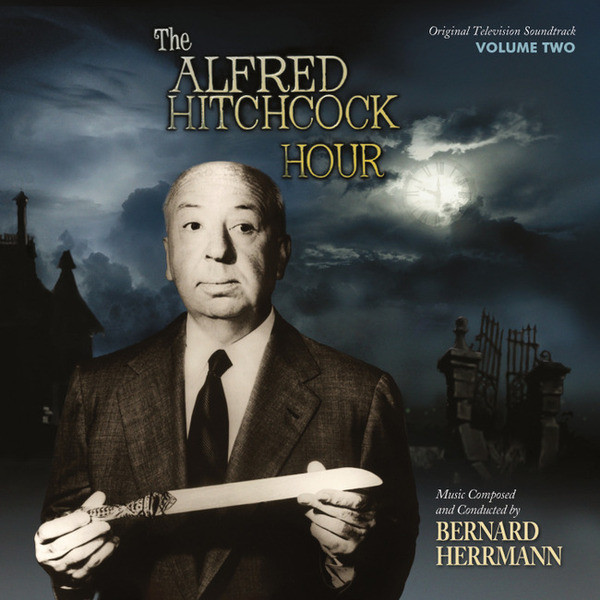 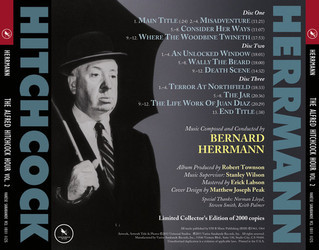 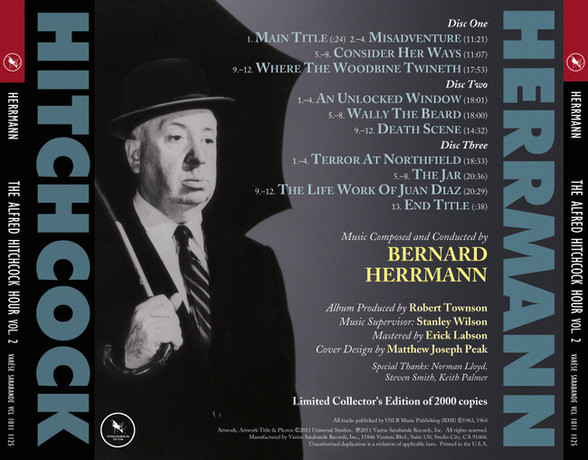 Our celebration of Bernard Herrmann's 100th birthday this year continues with three more CDs of never-before-released music from The Alfred Hitchcock Hour. After a wait of nearly 50 years, earlier this year, we released a 2-CD set featuring the premieres of eight Bernard Herrmann scores from the television classic. The remaining nine episodes are now available here Ė yes, all of them! Complete!

Six of the episodes from this new set come from the same set of master tapes used for our first release. These include Misadventure, Consider Her Ways, Where The Woodbine Twinith, An Unlocked Window, Wally The Beard and Death Scene. The episodes we were most concerned about were three of the most famous Ė Terror At Northfield, The Jar and The Life Work of Juan Diaz. These masters were missing from the long-ago-stored archives. Thankfully we ended up being able to source these scores from the magnetic film stock of the episodes which offered a discreet music channel. The condition of these tracks (after significant work) has allowed us to complete what is now a five-disc presentation of all 17 Bernard Herrmann scores from The Alfred Hitchcock Hour Ė surely one of the most exciting and historic releases we have ever tackled.

The episode The Jar, which was written by Ray Bradbury, was also famously remade in 1986 Ė directed by Tim Burton and scored by Danny Elfman.

Featuring 2 1/2 hours of premiere and prime Bernard Herrmann, this landmark release is an absolute must for all fans of the composer's work.