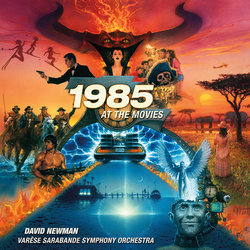 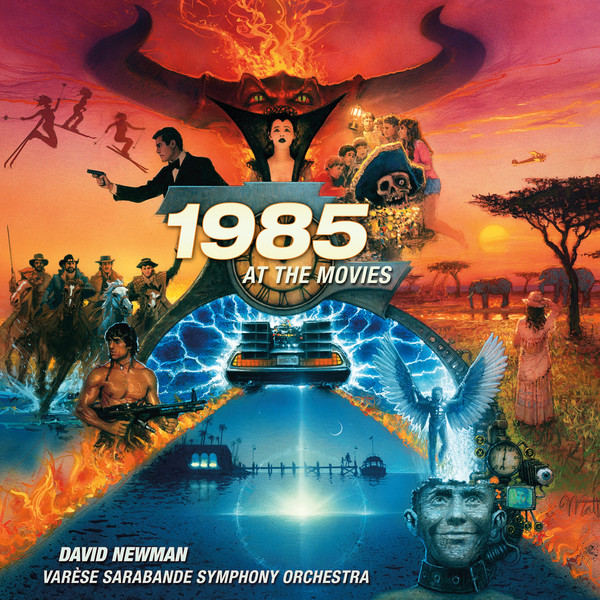 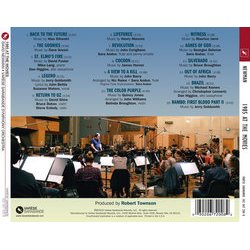 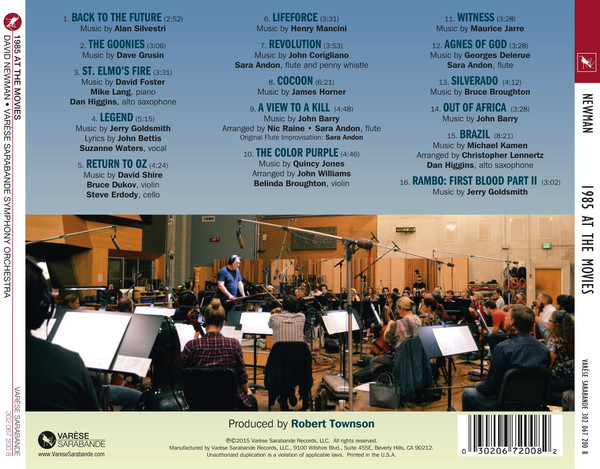 Witness (1985)
The 1980s were a fun, exciting time in pop culture ... and especially at the movies! 1985 in particular was a cultural lynchpin for a whole generation. We traveled through time in Back to the Future, hunted for treasure with The Goonies and hung with friends in St. Elmoís Fire. Throughout this year Ė one film after another of these iconic movies have been celebrating their 30th anniversaries. The Goonies, which originally opened on June 7, 1985 celebrated with a fan-week in Astoria,Oregon, with many events and lots of media coverage. Brat Pack spoke to a whole generation in St. Elmoís Fire, and this film reaching 30 inspired many press stories looking back on the time and the movement. And the biggest film of 1985 Ö Back To The Future has received worldwide attention for its Back To The Future Day. In fact, on October 21, Doc and Marty were on the front page of almost every newspaper in the world!

The five scores nominated for the Academy Award were Out of Africa by John Barry, Agnes of God by Georges Delerue, The Color Purple by Quincy Jones, Silverado by Bruce Broughton and Witness by Maurice Jarre. The winner was Out of Africa, but they are all here, and together for the first time! James Horner composed one of his most-loved scores for Ron Howardís Cocoon and Michael Kamen composed an absolute masterpiece for Terry Gilliamís acclaimed satire Brazil. 1985 saw John Barry compose his second to last James Bond score for A View To A Kill. The music for Rambo: First Blood Part II was one of Jerry Goldsmithís biggest hit of all time!

To record this amazing collection of great film music from 1985 we created the VarŤse Sarabande Symphony Orchestra, an all-star orchestra made up of the best musicians in Los Angeles. We also included an astounding group of brilliant soloists, including flutist Sara Andon, violinists Belinda Broughton and Bruce Dukov, pianist Mike Lang, saxophonist Dan Higgins and singer Bobbi Page, among others. To conduct this astounding group of musicians we had the great composer David Newman! The entire project was produced by Robert Townson, who also wrote the detailed booklet of liner notes.

To this day, now thirty years later, we instantly return to 1985 when we hear any of these scores. How we cherish those days, and the memories of seeing these films for the first time Ö some with our best friends, some with family, some with early or even first girlfriends and boyfriends.

One of the biggest entertainment stories of 2015 was looking back to 1985 and remembering what a great year it was at the movies!
Trailer: